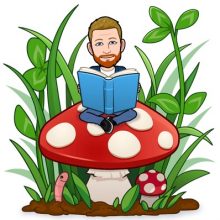 Erik Carlson started his Library career as a YA Librarian in the Washington Heights Branch of NYPL in 2007. He worked at NYPL in different branches for four years before coming to White Plains in 2011. Since starting at the White Plains Public Library, Erik has built a community for teenagers in the Library by improving the Nonfiction, Fiction, and Graphic Novel collections. He also started weekly programs for teenagers and a teen advisory group. Erik assisted in designing plans for the Edge and the Media Lab, deciding on purchases for some of the equipment and resources available now. These days you can find him in the Edge during the afternoon, keeping a watchful eye on the teens, playing card games, and answering a variety of questions.