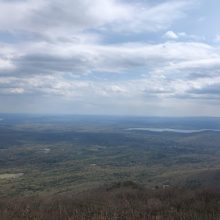 One fun activity that has kept us grounded is hiking. Hiking is free, fun, and adventurous, so why not plan a trip for National Trails Day (June 6)? According to the American Hiking Society, spending some time outdoors is great for mental and physical health. Also, if you have children, you can make a day trip by putting together a wonderful picnic to take on your journey. I also love taking photos, so I decided to create a scrapbook of our hiking adventures since it has brought us so much joy during COVID-19. To create a scrapbook you need a
Read More

Hiking The Hills at Silver Lake 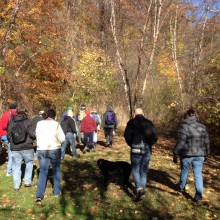 On Saturday, November 14, I joined a group of history-minded individuals in a hike guided by Bice Wilson through the archeological remains of The Hills, an African American community that existed between the 1790s and the early 20th century.  In her book, Freedom Journey, Edythe Ann Quinn estimates that the population of The Hills reached its peak in the 1860s, with about 200 people living in numerous dwellings.  Most of these homes were located along Stony Hill Road, which begins off Lake Street in West Harrison and disappears into woods.  As recently as one hundred years ago, these woods were
Read More