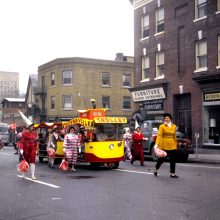 Here are some pictures of a Thanksgiving Day Parade on November 25, 1960 in White Plains. The parade route ran along Main Street, Martine Avenue, and Mamaroneck Avenue. These photographs are from the Peter Kanze Collection, detailed in a previous blog post.
Read More 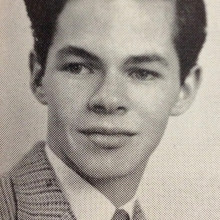 During his 86 years, Milton Hoffman was an important presence in White Plains. Hoffman grew up in White Plains and recalls what life was like for kids in the city in this oral history. He also recounts experiences from his 50 years in the newspaper business in White Plains, where his reporting on politics earned him respect from people throughout the county and state. This oral history is in two parts- after the first interview concluded, Hoffman began recounting the history of White Plains' Jewish community, and the recorder was turned back on to capture more of his insightful perspective.
Read More