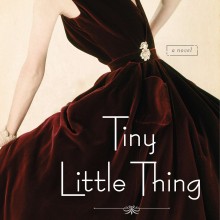 A resident of Greenwich, CT and a Stanford graduate with an MBA in finance from Columbia, Williams is a former communications strategist who began writing fiction following the 2008 financial crisis.

Her 2012 debut novel Overseas won awards; a year later Williams recreated 1938’s cataclysmic hurricane in her New York Times bestseller A Hundred Summers, named “a great summer read” by People magazine. Her 2014 novel The Secret Life of Violet Grant was selected by Target as their Book Club Pick for May 2015.

Williams' newest book, Tiny Little Thing, set on Cape Cod in the 1960s, explores family relationships, the aftermath of the Vietnam war, and the rise of celebrity politicians. Kirkus Reviews called it “Elegantly written… strewn with unexpected heroes and villains and makes an exclusive, Kennedy-esque world accessible… A fascinating look at wealth, love, ambition, secrets, and what family members will and won't do to protect each other.”