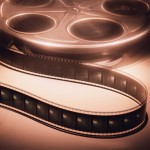 In a strange city where every person seems content beyond reason a new man arrives in town and stirs up trouble by asking too many questions.

Next on the menu for our foreign film festival is “The Bothersome Man” from Norway to be shown July 18. In the film, forty-year-old Andreas arrives in a strange city with no memory of how he got there. He is presented with a job, an apartment – even a wife. But before long, Andreas notices that something is wrong. He makes an attempt to escape the city, but discovers there’s no way out. (This comedy/fantasy is directed by Jens Lien.)

The series continues every Wednesday through August 22. Each movie is shown at 2 p.m. and again at 7 p.m.

All films are shown with subtitles. (Which, for many of us, is still needed for the British film because of the accents!)