From Comic Book to Movie 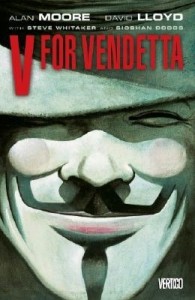 Have I convinced you to try comics yet? What you may not realize is that many popular movies are based on comics and graphic novels. (Wikipedia has a list that spans the globe. For English-language comics-into-movies only, go here.) If you loved “V for Vendetta,” “Ghost World,” “Road to Perdition” or “The League of Extraordinary Gentlemen” you may want to check out the comics that started it all:

These aren't the only comics made into movies that we own. Search the catalog if there's one you're interested in.