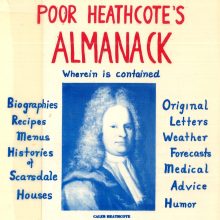 Almanacs (sometimes spelled with a “k”) are an American institution. Benjamin Franklin's Poor Richard's Almanack and The Farmer's Almanac are the best-known examples, but thousands of other more particular, peculiar, and provincial almanacs have been published since the genre was established in the 17th century (the Library of Congress' American Almanac Collection contains 3,986 unique titles). To view some almanacs online, view the results of this basic search on the Digital Public Library of America's site, which produced over 2,000 results. Viewing the results in the timeline view shows the majority of items come from the 19th century, which comports with
Read More 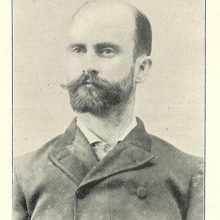 In the pages of his monthly magazine, The Westchester County Magazine, editor Alvah P. French described himself as a “mundane recording angel.” His magazine was “an historical, commercial, and social publication” whose diverse contents seem to be a reflection of French's many interests. Each issue's contents was a disarray of editorials on local politics, legal notices, obituaries for people either famous or not known outside of Westchester, Emily Post-style admonitions about social conduct, local history vignettes, classifieds, advertisements for local businesses, and unattributed pronouncements (usually philosophical in nature) seemingly written by French. We have a nearly complete set of issues
Read More

Workshop on Paying for College 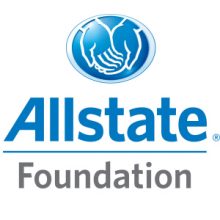 Middle school students and their families are invited to a free workshop on the evening of May 2nd from 7- 8:30 pm in The Edge. Join us for pizza and the opportunity to learn about college scholarships and financial aid. You'll be introduced to FAFSA (Free Application for Federal Student Aid) and other resources so that in a few years when its time to apply, you'll be more prepared to start the process. Thanks to support from The Allstate Foundation, this program is presented through a collaboration with Latino U College Access. For more information, please call 914-839-0535.
Read More

Board Meeting Documents for April 12th, 2017