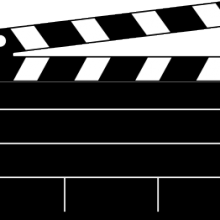 Cliffhangers were the rage during the 1980s (remember Dallas‘ hugh ratings from “Who Shot J.R.?”), and the French got their taste in 1986 with the hit movie Jean de Florette. It ended with the namesake killed in a dynamite explosion over a water dispute, and his widow and young daughter were forced to leave their property. The bad guys won, with “End of Part 1” heightening the suspense.

Jean de Florette was screened Aug. 8 at the White Plains Public Library as part of the summer's International Film Festival, which was scheduled to end on Aug. 22. But by popular demand, the Library is extending the Festival with the free Aug. 29 screening of “Part 2”: Manon of the Spring.

The heroine in the 1987 sequel is Jean de Florette's daughter Manon. She's grown-up, and her revenge comes with tragedy in what turns out to be a surprising “family affair.”

Emmanuelle Béart stars with a cast that includes Yves Montand, whom Marilyn Monroe fans may remember as her co-star in the 1960 film Let's Make Love.

The Aug. 29 screening, in French with English subtitles, will be at 2 p..m.in The Trove (second floor).