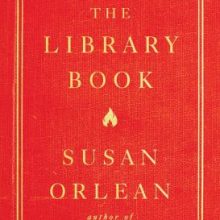 If you’re in a book group, you are always looking for a great book that can stand up to the scrutiny of your friends. Not too long, not too short. Richly detailed but not too slow. Challenging but not Joyce’s Finnegan’s Wake. Well here are five books—all published in the past few months—that are perfect for a book discussion: complex, nuanced and full of issues that reverberate with the present. Oh, and none are over 350 pages!

The Only Woman in the Room: A Novel by Marie Benedict

In her rousing historical novel, Benedict imagines lesser known aspects of Hedy Lamarr’s life—before she took the film world by storm in the ’40s…In 1933, 19-year-old Hedwig “Hedy” Keisler, of Jewish heritage, is performing in a stage production in Vienna when she catches the eye of military munitions manufacturer Friedrich Mandl. His wealth and influence in the face of threats to Austria’s precarious independence lead Hedy’s parents to encourage a union. Mandl is a controlling, abusive husband, but the keenly intelligent Hedy—whose intellectual curiosity was always encouraged by her father—absorbs every word of her husband’s meetings with high-level political and military operatives, hiding her growing horror at her husband’s willingness to offer concessions to fascist influences. In 1937, Hedy escapes his hold and heads to Los Angeles, where she takes the screen name of Lamarr and strikes a lucrative contract with MGM….readers will be enthralled.”—Publishers’ Weekly

Unmarriageable: A Novel by Soniah Kamal
A re-telling of Jane Austen's Pride and Prejudice, set in present day Pakistan. “[A] funny, sometimes romantic, often thought-provoking glimpse into Pakistani culture, one which adroitly illustrates the double standards women face when navigating sex, love, and marriage. This is a must-read for devout Austenites.”—Publishers Weekly (starred review).

“As with Austen, whose books could be read as fun and simple romances or acerbic examinations of class and women's choices (and lack thereof), Kamal's Unmarriageable succeeds in being both a deliciously readable romantic comedy and a commentary on class in post-colonial, post-partition Pakistan, where the effects of the British Empire still reverberate. . . . Both a fun, page-turning romp and a thought-provoking look at the class-obsessed strata of Pakistani society.”—NPR

“Reverend Willie Maxwell was a rural preacher accused of murdering five of his family members for insurance money in the 1970s. With the help of a savvy lawyer, he escaped justice for years until a relative shot him dead at the funeral of his last victim. Despite hundreds of witnesses, Maxwell’s murderer was acquitted…Sitting in the audience during the vigilante’s trial was Harper Lee, who had…the idea of writing her own In Cold Blood, the true-crime classic she had helped her friend Truman Capote research…Lee spent a year in town reporting, and many more years working on her own version of the case.

Now Casey Cep brings this story to life, from the shocking murders to the courtroom drama to the racial politics of the Deep South. At the same time, she offers a deeply moving portrait of one of the country’s most beloved writers and her struggle with fame, success, and the mystery of artistic creativity.”—Penguin Random House

Inheritance: A Memoir of Genealogy, Paternity, and Love by Dani Shapiro
“What makes us who we are? What combination of memory, history, biology, experience, and that ineffable thing called the soul defines us?
In the spring of 2016, through a genealogy website to which she had whimsically submitted her DNA for analysis, Dani Shapiro received the stunning news that her father was not her biological father. She woke up one morning and her entire history–the life she had lived–crumbled beneath her.

Inheritance is a book about secrets–secrets within families, kept out of shame or self-protectiveness; secrets we keep from one another in the name of love. It is the story of a woman's urgent quest to unlock the story of her own identity, a story that has been scrupulously hidden from her for more than fifty years, years she had spent writing brilliantly, and compulsively, on themes of identity and family history. It is a book about the extraordinary moment we live in–a moment in which science and technology have outpaced not only medical ethics but also the capacities of the human heart to contend with the consequences of what we discover.”—Penguin Random House

The Library Book by Susan Orleans

“On the morning of April 29, 1986, a fire alarm sounded in the Los Angeles Public Library. As the moments passed, the patrons and staff who had been cleared out of the building realized this was not the usual fire alarm. As one fireman recounted, “Once that first stack got going, it was ‘Goodbye, Charlie.’” The fire was disastrous: it reached 2000 degrees and burned for more than seven hours. By the time it was extinguished, it had consumed four hundred thousand books and damaged seven hundred thousand more. Investigators descended on the scene, but more than thirty years later, the mystery remains: Did someone purposefully set fire to the library—and if so, who?

Weaving her lifelong love of books and reading into an investigation of the fire, award-winning New Yorker reporter and New York Times bestselling author Susan Orlean delivers compelling book that manages to tell the broader story of libraries and librarians in a way that has never been done before.”—Simon & Schuster