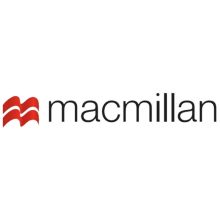 If you are looking for a new eBook published by Macmillan and can’t find it in our collection, it’s because the publisher, Macmillan, has taken the unprecedented act of limiting public library access to their eBooks. In response, the White Plains Public Library has decided to suspend the acquisition of all eBooks published by Macmillan. Macmillan, one of the country’s five largest publishers, includes such well-known brands as Farrar, Straus & Giroux, St. Martin’s Press, Picador, Tor, and more.

This fall, Macmillan announced that it would make eBooks available to libraries under a new model: a library may purchase one copy upon release of a new title in eBook format, after which the publisher will impose an eight-week embargo on additional copies of that title sold to libraries. This means that for two months, we can’t acquire the number of copies we need to satisfy White Plains’ readers. eBooks typically have lengthy holds lists as it is.

Macmillan is taking this action in the belief that the library lending of eBooks is cannibalizing the sale of eBooks to consumers. However, the company has not provided any data or analysis to support the notion that library borrowing undermines book sales.

Libraries lease eBooks under a number of different models. Typically, the cost is three to six times what we pay for a print book, and we usually can lease the book for just two years before the lease expires. As with print books, each eBook copy is lent to one user at a time. And only users with a White Plains library card, or a card from another Westchester public library, can borrow our eBooks.

But no other publisher has created an embargo on the leasing of eBooks to public libraries.

The decision to suspend leasing Macmillan eBooks was not an easy one. For an institution that’s in the business of book lending—and wants its readers to be happy—this would seem to be counter-intuitive.

We made this decision because Macmillan’s embargo is an equity issue. It will hurt our most vulnerable and disadvantaged patrons the most, including those without the means to buy eBooks as well as readers with visual impairments and physical challenges who may rely on this format.

Also, it’s important that we communicate to the publishing community that embargoes are not an acceptable way to do business.

Finally, rather than having to apologize to our patrons for a situation we haven’t created, we would rather advocate for our community’s access to eBooks.

We will continue to purchase Macmillan print books and eAudiobooks. Funds that would have been used to lease Macmillan titles will now go towards acquiring eBooks from other publishers.

With more outlets than McDonald’s or Starbucks, libraries are one of the major ways readers discover authors and books. Library borrowers are also book buyers, part of an ecology that includes book stores and libraries, publishers and distributors, authors, and librarians. We look forward to Macmillan treating public libraries as collaborators in the great pleasure of reading, and not competitors.

For more about the Macmillan embargo visit the American Library Association’s site #eBooksForAll.

A partial list of libraries no longer purchasing Macmillan eBooks can be found here.