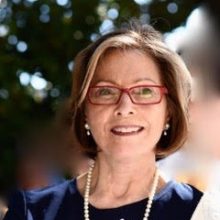 White Plains librarian Barbara Wenglin’s short story discussion series has been a popular fixture for years as the selections and their interpretations have produced a riveting give-and-take among the attendees. The spring series opens on Thursday, March 12th, at 2:00 p.m. with a discussion of “Islands on the Moon” by Barbara Kingsolver, taken from the anthology, Stories of Motherhood (Everyman’s Pocket Classics, 2012, edited by Diana Secker Tesdell). The flyer with dates and details is attached.

The program is made possible with the support of the Friends of the White Plains Public Library. You may register once for the series by calling (914) 422-1480 or through the online calendar here. Copies of the anthology are available for loan, with one also kept at the Hub Desk for reading in the Library.