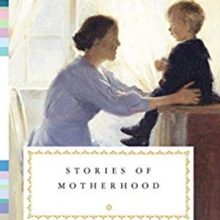 After a winter break, White Plains librarian Barbara Wenglin resumes her short story discussion series on Thursday, March 12, at 2:00 p.m. in the Library’s Galaxy Hall (second floor). The first selection to be explored is Barbara Kingsolver’s “Islands on the Moon” from the series anthology, Stories of Motherhood, edited by Diana Secker Tesdell (Everyman’s Pocket Classics, 2012).

The theme of this story is single motherhood and pregnancy, while other aspects of what moms face will be taken up in subsequent discussions by authors Elizabeth Bowen, Tillie Olsen, Anita Desai, Louise Erdrich, and Hortense Calisher. Renowned novelist Amy Tan wraps the series on June 4 with “Two Kinds.” The flyer with dates and details is attached.

“The writers offer a diversity of settings, relationships, and themes with different cultures, generational divides, and poignant (sometimes strained) expressions of love represented,” says Wenglin. “In the fall series, most of the readings focused on mothers and sons. In the spring, beginning with Kingsolver, mothers and daughters dominate.”

Added relevance will come when the spring series intersects with Mother’s Day (May 10). That is bound to enter into the discussion, which has always produced riveting give-and-take among the participants.

One tradition from the series is Wenglin ending each discussion with the playing of a relevant song. Her selections in the fall included such popular hits as Carole King’s “Far Away” and Kenny Rogers’ “Through the Years,” along with country music’s “Mama Tried” by Merle Haggard and Felix Mendelssohn’s classical “Violin Concerto.”

Another tradition is the screening and discussion of a related film, in this case, The Piano (1993, R-Rated), in June (date to be announced). The story of a mute pianist mother, accompanied by her young daughter, sold into marriage to a local man in a bleak New Zealand coastal town, won Academy Awards for best actress (Holly Hunter) and best supporting actress (11-year-old Anna Paquin), with Harvey Keitel and Sam Neill. Written and directed by Jane Campion, the film also won an Oscar for best original screenplay.

The short story discussion series is made possible with the support of the Friends of the White Plains Library. You may register once for the series by calling (914) 422-1480 or through the adult calendar here on the Library website. Copies of Stories of Motherhood are available for loan, with one also kept at the Hub Desk for reading in the Library.