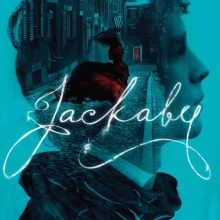 Possibly our most dynamic digital resource, Hoopla includes a variety of different formats from books to movies and music. In order to highlight some of these, we've gathered staff recommendations of just a few formats you can stream and download with your library card. Below are some fantasy novel recommendations from Programming Librarian Kristy Bauman.

Set in a male-dominated Victorian society, we follow the life and story of 14-year-old Faith Sunderly. Faith’s family has recently moved to the island of Vane following the mysterious death of her scientist father. Thought to be shy, obedient, and predictable, Faith secretly harbors questions and a thirst for knowledge thought unbecoming of women of her time.

Not to be stopped, Faith strikes out to learn the truth of her father’s involvement in the scientific community, his experiments, and his tragic end. Her investigation leads her to a strange, otherworldly tree that seems to defy everything she knows. How far will Faith go to learn the truth?

Frances Hardinge is a British children's writer. Her debut novel, Fly By Night, won the 2006 Branford Boase Award and was listed as one of the School Library Journal Best Books. The Lie Tree won the 2015 Costa Book Award.

Pratchett, Terry. The Color of Magic. HarperCollins Publishers, 2009.
The Color of Magic is Terry Pratchett’s first novel in the Discworld series of fantasy comedies, which take place in a fantasy world shaped like a disc. This world sits atop four gargantuan elephants, which in turn stand on the back of the great turtle A’Tuin. The Discworld is home to many strange and eccentric people, and The Color of Magic follows two of them: a bumbling wizard named Rincewind and his traveling companion Twoflower, an insurance clerk. The pair get into many absurd situations and narrow escapes as they journey across the disc.

Sir Terence David John Pratchett OBE was an English humorist, satirist, and author of fantasy novels. He is best known for his Discworld series which contains 41 novels.

Jackaby is the first entry in William Ritter’s Jackaby series which ended in 2017 with the publication of its fourth and final title, The Dire King.

Upon open, we meet Abigail Rook, newly arrived in New Fiddleham, New England and in need of a job. Abigail meets R.F. Jackaby who, we discover, is a criminal investigator with an unexplained ability to see the extraordinary. Soon, Abigail finds herself swept up in Jackaby’s adventures as he hunts down a serial killer. The police believe the culprit is a normal human; Jackaby believes he is supernatural.

Fans of Doctor Who, Sherlock, and Harry Potter are sure to enjoy the thrilling and richly developed characters, story, and environment Ritter has crafted.

William Ritter is an Oregon author and educator. His first series was The Oddmire, written for middle-grade readers.

Schwab, Victoria. This Savage Song. HarperCollins Publishers, 2016.
This Savage Song is V.E. Schwab’s first entry in her Monsters of Verity series which is set in a dark and dangerous war-torn hellscape where violence actually breeds flesh-and-blood monsters.

This Savage Song is told from the perspective of two main characters who should be enemies but instead find themselves dependent on one another for survival.

Kate Harker wants nothing more than to be as ruthless as her father who allows monsters to roam free as he charges citizens a premium for his protection. A brutal, violent man, Kate only wants his approval.

August Flynn just wants to be human, as good and kind-hearted as his father—but he’s one of the monsters. A monster who can steal a person’s soul with a beautiful string of music.

When their worlds collide, they are forced to work together and come to an understanding.

Victoria “V.E.” Schwab is the #1 NYT, USA, and Indie bestselling author of more than a dozen books, including Vicious, the Shades of Magic series, and This Savage Song. 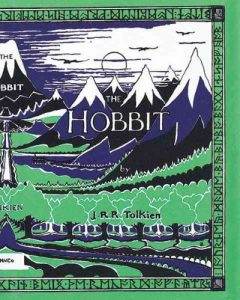 The Hobbit, also known as There and Back Again, follows Bilbo Baggins as he joins Thorin Oakenshield and his band of dwarves on their quest to burglarize the Lonely Mountain which just so happens to be guarded by Smaug the dragon.

Bilbo Baggins is, of course, a homebody and quite happy in his hobbit hole known as Bag End. That is, until Gandalf tricks him into hosting a party for Thorin and his dwarf companions who are passing through on their way to The Lonely Mountain. Gandalf shows Bilbo Thrór's map which depicts a secret door into the mountain. He then suggests that Bilbo join the team as their “burglar”. When this suggestion is met with laughter and jokes by the dwarves, Bilbo, feeling indignant, joins their group despite his reservations. And thus our very long journey begins.

John Ronald Reuel Tolkien CBE was an English writer, poet, philologist, and academic. He is widely regarded as the “father” of modern fantasy literature due to the wild success of The Hobbit and, later, The Lord of the Rings.