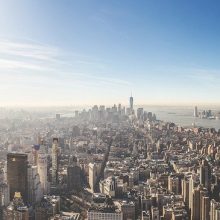 One of the things I’ve been looking forward to, now that my daughter is older and doesn’t have a daytime nap, is exploring New York City with her. We were planning on starting this spring doing just that – taking the Metro North and having Big Apple Adventures. However, those plans are a bit on hold. Luckily, we live in a time where technology makes many things possible, and while it does not replace actually being somewhere, virtual tours and experiences are aplenty.

NYC is filled with museums, art galleries and wonderful sites. Just because you’re safe at home, doesn’t mean you can’t enjoy exploring many of these amazing attractions.

The Statue of Liberty and Ellis Island

Virtual Walking Tours from NY Times, featuring an abundance of history and commentary: