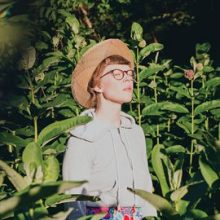 Possibly our most dynamic resource offered is Hoopla, as it includes a variety of different formats from books to movies and music. In order to highlight some of these, we've written up recommendations of just a few formats you can stream and download with your library card. Below are some folk music recommendations from Adult Services librarian Kristen Thornton-De Stafeno.

One of my favorite genres to browse on Hoopla is folk as it encompasses so many styles (there are well over 4,000 titles grouped under the genre); that and I used to host a folk-themed radio show. Below I highlight two classic examples of British and American folk, and then delve into some modern favorites. 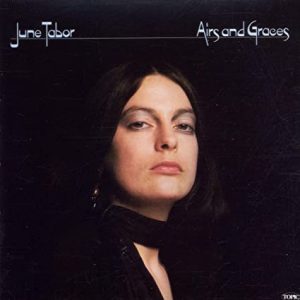 Airs and Graces
by June Tabor
1976
Airs and Graces is Tabor's solo debut, and was released the same year as her breakthrough album with Maddy Prior, Silly Sisters. Folk purists will no doubt enjoy Tabor, and while some may find her a bit too traditional, when you hear her vocals on songs like “Young Waters,” you will no doubt be struck by her voice and her talent for storytelling (and yes, she did once work as a librarian). If you're interested in seeing what she does with more modern music, you can see her cover of “Love Will Tear Us Apart” here. 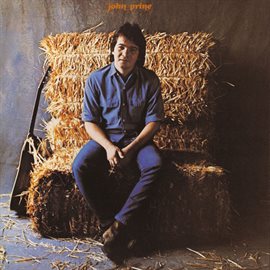 John Prine
by John Prine
1971
I've been revisiting Prine's work since his passing last month, as many likely have. I'd suggest starting with his self-titled debut and go from there. Listening to classics like “Sam Stone,” it's hard to imagine that 24-year-old Prine could already have such a knack for storytelling, but when you take the album as a whole it's clear to see the Vietnam veteran had much to say. 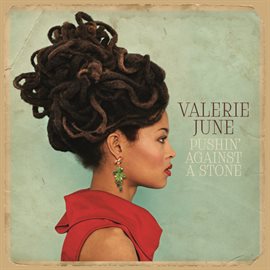 Pushin' Against the Stone
by Valerie June
2013
My favorite thing about folk music isn't just the storytelling aspect of so many of the songs, but that folk songs often tell stories of ordinary people with ordinary lives. Anyone who has worked hard labor can relate to the songs of Valerie June, whose song “Workin' Woman Blues” was inspired by her own experience working as a house cleaner. 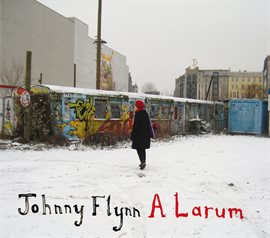 A Larum
by Johnny Flynn
2008
Overshadowed by the mainstream success of fellow British Nu-Folk band (and close friends) Mumford & Sons, Johnny Flynn's A Larum was perhaps the most traditional sounding album released early in the Nu-Folk movement. On songs like “Sally,” you can hear some classic English folk and country influences. Also trained in Shakespearean theatre, more recently you can see Johnny Flynn portraying Mr. Knightley in Autumn de Wilde's adaptation of Emma. 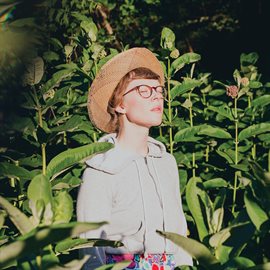 Dawnbreaker
by Daughter of Swords
2019
Fans of Sylvan Esso and Mountain Man will likely enjoy and recognize some sounds in the music of Daughter of Swords, the creative alias of Alexandra Sauser-Monnig. Sauser-Monnig is one-third of Mountain Man (a trio she started with Sylvan Esso's Amelia Meath in college) and her music features production from Sylvan Esso's other half, Nicholas Sanborn. This pick is likely the most modern sounding with songs like “Gem,” but you can hear more traditional influences on “Grasses.”