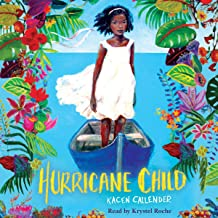 June is Pride Month! Here are some recommendations of chapter books to celebrate the LGBTQIA+ community!

The Best at It by Maulik Pancholy
For children in grades 3-7.
Hoopla: Audio
OverDrive: Audio and eBook

Rahul Kapoor and his best friend Chelsea Wilson are excited to start the new school year as seventh graders! But just before the summer ends, an encounter with a bully ends up leaving Rahul feeling pretty down about his appearance and personality. Rahul’s grandfather Bahi tells him a story about how his grandmother persevered even as those around her did not want her to succeed. This gives Rahul the thought that he needs to become the best at something and tries a range of activities like trying out for the football team and attempting to get cast in a local commercial. Throughout the school year, Rahul realizes that he is talented at math and joins the Mathletes. During the International Bazaar to celebrate all backgrounds, Rahul gains the courage to stand up to his bully and comes out as gay to his friends and later to his family members. This book is about embracing who you are as well as what you’re good at and never letting anyone make you feel bad about either of those things!

Ivy Aberdeen's Letter to the World by Ashley Herring Blake
For children in grades 3-7.
OverDrive: Audio and eBook
“After 12-year-old Ivy’s rural Georgia home is obliterated by a tornado, she heads to a shelter for the night with her parents, older sister, and twin baby brothers. There, Ivy ends up hanging out with her classmate June, a budding poet who admires Ivy’s drawing talent…This is an emotionally sensitive and elegantly written novel about loss and the first stirrings of love.” –Publishers Weekly

Hurricane Child by Kacen Callender
For children in grades 4-6.
Hoopla: Audio
OverDrive: eBook
“Twelve-year-old Caroline and her father live on Water Island in the U.S. Virgin Islands. Caroline, known as a “Hurricane Child,” since she was born during a hurricane, is plagued with bad luck…An excellent and nuanced coming-of-age tale with a dash of magical realism for readers who enjoy character-driven novels, especially those with middle grade LGBTQ+ characterizations.” –School Library Journal 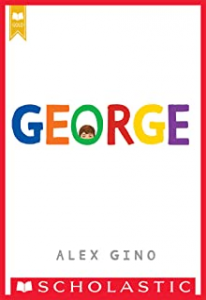 George by Alex Gino
For children in grades 4-6.
Hoopla: Audio
OverDrive: Audio and eBook
“Though others see her as male, 10-year-old George has long known that she is a girl, and she longs for people to see that truth, even while the idea terrifies her. When George’s fourth-grade class has tryouts for a school production of Charlotte’s Web, George desperately wants to play Charlotte, a character she adores…Profound, moving, and—as Charlotte would say—radiant, this book will stay with anyone lucky enough to find it.” –Publishers Weekly 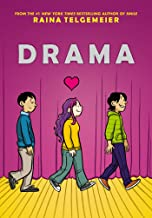 Drama by Raina Telgemeier
For children in grades 5-8.
OverDrive: eBook
“From award winner Telgemeier (Smile, 2010), a pitch-perfect graphic novel portrayal of a middle school musical, adroitly capturing the drama both on and offstage…With the clear, stylish art, the strongly appealing characters and just the right pinch of drama, this book will undoubtedly make readers stand up and cheer.” –Kirkus Reviews