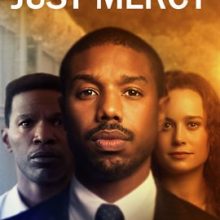 What to Watch This Weekend

Here are just a few highlighted films you can stream on Hoopla this weekend.

Just Mercy (2019)
Drama
Starring Michael B. Jordan, Jamie Foxx, and Brie Larson
A powerful true story that follows young lawyer Bryan Stevenson and his battle for justice as he defends a man sentenced to death despite evidence proving his innocence. Available as a Bonus Borrow through June 30th.

Give Me the Banjo (2011)
Documentary
The banjo has been an emblem of American culture for centuries, yet few realize the instrument's complicated, checkered past. Narrated by Steve Martin and featuring such banjo masters as Pete Seeger, Earl Scruggs and Bela Fleck, Give Me The Banjo goes beyond the stereotypes and delves into the musical odyssey of the banjo, from its African roots to the present day. Brought to the New World by enslaved Africans, the banjo has shaped many American musical forms: the minstrel show, ragtime, and early jazz, old-time folk and the folk revival, as well as blues, bluegrass, country and world music. Packed with great music, this documentary brings together a wide variety of banjo experts-including music historians, instrument-makers, folklorists, and players of all styles-and profiles past greats such as Charlie Poole and Gus Cannon to celebrate the cultural richness of America's quintessential musical instrument.

Crown Heights (2017)
Drama
Starring Lakeith Stanfield, Nnamdi Asomugha, Natalie Paul, Amari Cheatom, Marsha Stephanie Blake, Nestor Carbonell, Zach Grenier, Josh Pais, and Yul Vazquez.
In 1980, a young man named Marvin Grant was gunned down in Flatbush Brooklyn. Clarence Lewis, a 15-year-old with a penchant for lying, told the police he “saw what happened” and was pressured to identify a suspect. This set into motion a series of events that led to the arrest of Colin Warner, an innocent teenager who lived in nearby Crown Heights. The police investigation was marred by misconduct and coercion of witnesses, culminating in a bizarre trial in which an innocent man was tried alongside the actual perpetrator. Both men were found guilty of murder and sentenced to life in prison.

Tangerine (2015)
Comedy
Starring Kitana Kiki Rodriguez, Mya Taylor, Karren Karagulian, Mickey O'Hagan, Alla Tumanian, James Ransone, Luiza Nersisyan, Arsen Grigoryan.
It's Christmas Eve and Sin-Dee (newcomer Kitana Kiki Rodriguez) is back. Hearing that her pimp boyfriend (James Ransone, STARLET, Generation Kill) hasn't been faithful during the 28 days she was locked up, the sex worker and her best friend, Alexandra (newcomer Mya Taylor), go on a mission to get to the bottom of this rumor. Their odyssey leads them through various subcultures of Los Angeles. 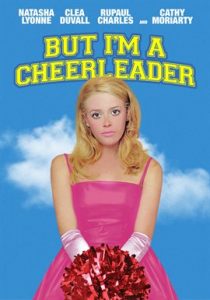 But I'm a Cheerleader (1999)
Comedy
Starring Natasha Lyonne, Clea Duvall, Melanie Lynskey, RuPaul Charles, Eddie Cibrian, Wesley Mann.
Natasha Lyonne from Orange Is the New Black leads this wickedly funny coming-of-age comedy. Megan (Lyonne) is a high schooler with a passion for cheerleading…she just happens to be more attracted to the girls on her squad than the boys on the field. Fearing Megan is a lesbian, her parents send her to the True Directions camp to be re-oriented. But the camp's plans to change Megan backfire, as she and a colorful group of campers defend their sexuality-and turn True Directions up, down, and all around!