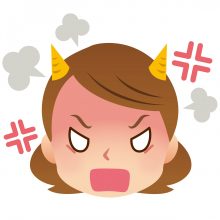 Parenting in a Pandemic: Mom Rage

Today’s column is one of the most real ones I will write. Why? Because I am writing out of extreme frustration. When my colleague sent me this New York Times article, before I even read it, I felt heard. Moms, read it! Share our mutual frustrations.

So why the mom rage? Well, let’s see. So far, while I tried to work this morning, my son has made a mess eating in the family room that he knows is off limits for food. Fast forward another thirty minutes. In the middle of an online session with his special education teacher, he decided to use his scissors to carve out pieces of his desk. When I stopped him from doing that, he decided to take the scissor to his clothes and finally to threaten me with them.

I had to end the session early, but still be responsible and help him finish the assignment. Fast forward another twenty minutes. I took a look to check what he was doing, and he was coloring in his table with black crayon, right next to the paper he was pretending to draw on. I could go on for hours, but I’ll save you the agita.

And where is my spouse during all this? Having his car fixed while getting his own work done. I knew I was losing it. I was yelling at my son, desperate for two seconds away from him so I could calm myself down. I needed help. But who?

Certainly not my husband. Even if he was home, he would freak out if he was interrupted from his work (obviously it’s way more important than mine). My mother won’t come over to help because that would reward my son, which he certainly did not deserve at that point. I couldn’t think of anything to do. I was at my wit’s end and I was enraged—at my child, at my husband, at my mom (even though she was absolutely right), at life in general.

I punished myself further—I took away his iPad, television, anything he wanted to do. While I know it’s the right thing to do as a consequence for his behavior, I wanted nothing more than to let the kid go on Netflix and just run away.

So what did I do? I took a nap. I had him lie next to me and we both slept for two hours. Was it the right decision? Probably not. He will never go to sleep tonight and neither will I. But did it save me from the massive rage threatening to make me explode? Yep, sure did.

The fact is, in the end I’m lucky. My husband came home and told me he had an hour before his next meeting and I ran off to do some laps at the pool. It gave me a way to manage some of that rage. Not everyone is even that fortunate. I only have one child and I have a support system to help me. Yet I totally lost it today to mom rage. Usually I like to give some helpful advice for parents in my column, but sometimes what people need is simple commiseration, to know that they are not alone. Parents, I promise you that you are not alone.