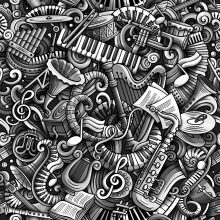 If you love classical music, then you probably feel that the Library has been giving you short shrift. And you're right. As the circulation of our Classical CDs has continued to decline, we've invested less and less in that area. With the result that even fewer Classical CDs circulate. It's a vicious cycle.

Fortunately, medici.tv–a streaming website–should go a long way to remedying this situation. Described as “the closest thing to a classical Netflix” by The New York Times, medici.tv offers a dazzling collection for classical music fans.

Warning: it's hard not to get lost–for hours!–sampling medici.tv's holdings. There are over 3,000 musical works filmed from the 1940s to the present and 1,700 films including concerts, documentaries and master classes. Plus hundreds of live events, broadcast from prestigious concert halls and music festivals from around the world. This week, the site is featuring concerts from the renowned Salzburg Festival (they're all during the day–and I'm at work–but maybe you can catch them?)

Best of all, it's super easy to access medici.tv. Just go here, enter your White Plains card number, and away you go!

Let us know if there are any performances you especially enjoy. Right now, I'm loving a 2017 production of Mozart's Don Giovanni from the Festival d'Aix-en-Provence.