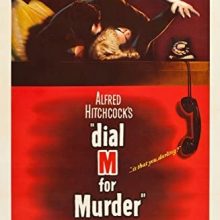 White Plains Cardholders just gained access to another video streaming resource with the addition of IndieFlix. IndieFlix brings engaging stories to movie lovers around the world. It provides access to over 7,000 high-quality shorts, features, documentaries, classic TV shows and Web series from 85 countries. You can watch movies on any Internet-enabled computer, smartphone, or tablet with a Web browser! Also available on Roku, Xbox, and Apple TV.

If you're unsure where to start, check out these recommendations from Adult Services Librarians Tim Baird, Kristy Bauman, and Sharon Rothman.

Valdez Goes Extreme
If you love extreme skiing movies a la Warren Miller, you will love this film about an event that is held every year in the town of Valdez funded by guilt money from Exxon after the famous oil spill there. The footage is fantastic and some of the best skiers and snowboarders of that time can be seen in action. I can't wait for ski season!

Chihuly Outside
Dale Chihuly is an installation artist who frequently incorporates his work into the existing landscape. A couple of years ago, he had a terrific show at the New York Botanical Garden's and when I saw that IndieFlix has a documentary series about Dale's life and work, I just had to watch and was not disappointed. IndieFlix has so many terrific short films, documentaries, and feature films that you can always find something interesting to view. Enjoy.

Dial M for Murder (1954)
Directed by Alfred Hitchcock and starring Ray Milland, Grace Kelly, Robert Cummings, and John Williams. Tony Wendice (Milland) discovers that his wife Margot (Kelly) has had an affair with mystery writer Mark Halliday (Cummings). Tony decides he is going to exact revenge on his wife…by killing her. But he concocts what he believes is the perfect plan first.

Hitchcock himself was said to have had reservations about Dial M for Murder but reviewers agree that it is “definitely worth a look. Interesting to his aficionados and darkly funny and depressing in turns.”

And Then There Were None (1945)
Directed by Rene Clair and starring Barry Fitzgerald, Walter Huston, Louis Hayward, and Roland Young. This movie is based on a book of the same name by the great mystery author Agatha Christie. Seven guests are gathered at an isolated manor house by an absent and unknown host. As they are killed off one by one, they must work together to determine who the killer is.

There are a number of movie adaptations of And Then There Were None with Clair's being regarded by some as the best.

Chihuly: Fire and Light
I was one of the more than a million visitors to walk through Chihuly in the Light of Jerusalem 2000. Watching this film, learning about the process of creating art from organic materials and what it takes to exhibit it at the De Young Museum in San Francisco, is mind blowing.

The Corner Table
Meetings at a cafe, some food, a walk on the beach, a letter containing a secret. What's not to love?