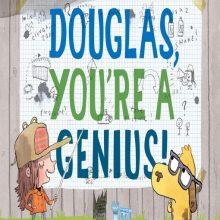 Now, I’m not saying that there is anything wrong with the books that came before these two titles, but in both cases my daughter absolutely loved the sequel, and was sort of meh about the first one in comparison. Sometimes, I think it is that perhaps the creators have a better sense of the characters and the best story for their characters the second time around.

There’s a Peabody and Sherman vibe to Adamson’s Douglas books. And while Douglas, You Need Glasses! is ok, Douglas, You’re a Genius! is simply a better story, with more zaniness, more humor, and more heart than its predecessor. Featuring some madcap antics that Douglas and his human, Nancy, go through to get to the other side of the absurdly high fence, some STEM exploration, a smidge of Spanish-language learning, a happy surprise about what is on the other side of the fence, and a feel good ending, this is just a fun, over-the-top book. 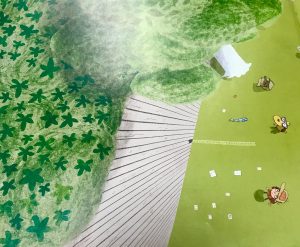 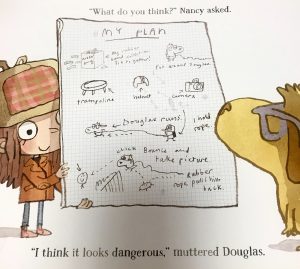 Ginny Goblin Can’t Have a Monster for a Pet by David Goodner, illustrated by Louis Thomas
eBook
Physical Book

Oh, how my daughter loves Ginny Goblin. I will admit, I do too. And while we both liked the first Ginny Goblin story, Ginny Goblin Is Not Allowed To Open This Box, David Goodner’s story and Louis Thomas’ humorous art in the sequel, Ginny Goblin Can’t Have a Monster for a Pet is just so much better. They nail it — the character, the comedic timing, and the artwork. It’s a strange book, with peculiar characters, bizarre monsters, oh-so-much hilarity. And goats. It introduces some great vocabulary words like “unfathomable” and “petrifying.” Plus, a KRAKEN! (which pretty much says it all because in case you didn’t know, we love krakens, see Pearl by Molly Idle)! 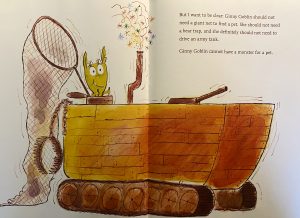 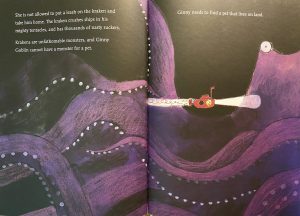