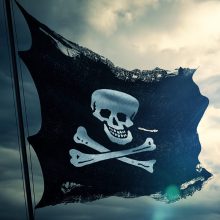 Blimey! Saturday, September 19th is International Talk like a Pirate Day! Although pirates were once considered to be dangerous, today they are often parodied in books and films (just think of the Pirates of the Caribbean films). Did you know that many of the words we use today, such as chopsticks, posse, and barbecue were introduced by a pirate named William Damper? In addition to being a pirate, Damper was also an amateur historian and the first person to circumnavigate the world three times.

When ye need a bit of a respite from these adventurous activities, take yar one good eye over to our list of Swashbuckling Reads for Talk Like a Pirate Day!

Since it’s Talk Like a Pirate Day, step one is to learn the pirate-y lingo, ye scurvy landlubber! 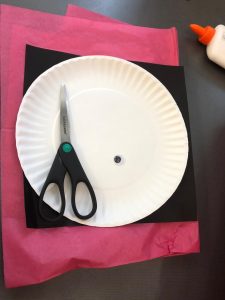 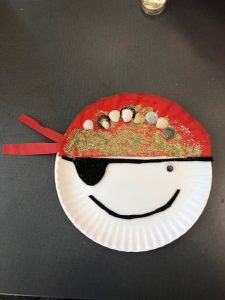 Version 1: Make a pirate treasure map of your home, your yard, the nearby park. This can be as detailed or as simple as you wish – be creative! Hide something fun and mark that spot with an X, of course, on your map! Have your kids dress up in their pirate garb, and avast! Search fer that there tray-sure!

Version 2: Have your child hide something and make a map to the item, making you search for it. My daughter and I play this game a lot, even inside our apartment. She really has to think about things such as scale, direction, and objects that may be in locations. It’s art, it’s cartography, and it’s fun! And, if you scallywags need to dress up too, then so be it matey!

Need some help getting started with your pirate map, or stepping up your map making?

Listen to some Pi-radical Music!

Check out Josh’s list of pirate songs and sea shanties on Spotify: Arr! Songs & Shanties for Talk Like a Pirate Day