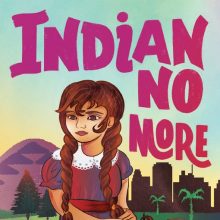 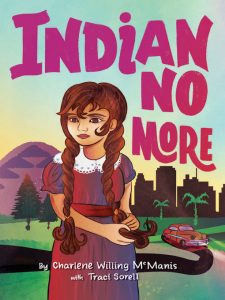 Indian No More by Charlene Willing McManis with Traci Sorell
For children in grades 4-7.
Library Collection: Print
OverDrive: eBook
For all of her life, eight-year-old Regina Petit and her family have lived on the Indian reservation at Grand Ronde. They have followed the traditions of their people, the Umpqua, and Regina and her little sister Peewee have learned about their heritage from Chich, their grandmother. Turmoil occurs in their community when a Bureau of Indian Affairs superintendent lies and says that their tribe is for termination. Chich and Regina’s Mama are devastated that the government no longer considers their family Indian. But her Daddy decides to sign them up for the Indian Relocation Program and they move to Los Angeles. Regina and Peewee meet the other kids in the neighborhood and begin school. They realize that a lot of what people think about Indians isn’t actually anything they have ever experienced. Her family deals with stereotypes as Regina struggles with wanting to stay Indian even though her father wants them to become American. This historically accurate story was written, edited, and the cover art was created by four Native women. It’s a quick but really enlightening read that opened my eyes to the prejudices targeted towards Native people. 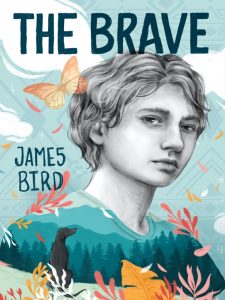 The Brave by James Bird
For children in grades 5 and up.
Library Collection: Print
Hoopla: Audio
OverDrive: Audio & eBook
“Collin is neurodiverse; he counts every letter that is spoken to him and compulsively says the resulting number out loud. This makes him a target for bullies. His father is cold and, after yet another blow-up at school, he sends Collin to live with the mother he has never met. She is Ojibwe, and lives on a reservation in Minnesota. This move appears to be a terrifying life change, but it ends up being wonderful. Collin meets family, learns about Native customs, and becomes friends with Orenda, the girl next door. Through his friendship with Orenda, Collin accepts things about himself, learns to trust, and grows stronger both physically and emotionally.” –School Library Journal 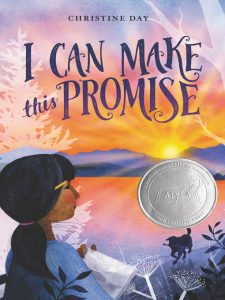 I Can Make This Promise by Christine Day
For children in grades 3-7.
Library Collection: Print
Hoopla: Audio & eBook
OverDrive: Audio & eBook
“Edie has always known that her Native American mother was adopted and raised by a white family; while digging around in the family’s attic, Edie stumbles upon a box of photos and letters written by Edith Graham, a Suquamish and Duwamish aspiring actor from the 1970s. When her friends notice the striking similarity between Edie and Edith and her parents don’t answer Edie’s broad questions about her, Edie becomes convinced that the stranger is her namesake. Beyond the mystery, important themes resonate throughout, including cultural identity and what makes a friendship worth keeping.” –Publishers Weekly

Indian Shoes by Cynthia L. Smith and illustrated by Jim Madsen
For children in grades 3-5.
Library Collection: Print
OverDrive: eBook
“A very pleasing first-chapter book from its funny and tender opening salvo to its heartwarming closer. Ray and his Grampa Halfmoon live in Chicago, but Grampa comes from Oklahoma. Six vignettes make up the short chapters…Ray and Grampa have a warm and loving intergenerational bond that’s an added treat. With a nod toward contemporary Native Americans, Grampa tells Cherokee and Seminole family stories, and when Ray gets to be in a wedding party, the groom is Polish-Menominee and his bride is Choctaw.” –Kirkus Reviews 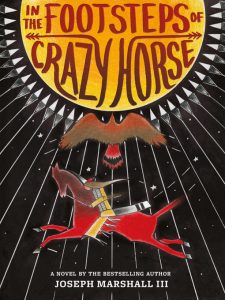 In the Footsteps of Crazy Horse by Joseph Marshall III
For children in grades 4-8.
Library Collection: Print
OverDrive: eBook
“Jimmy, a young Lakota boy, struggles with fitting in on his reservation because he does not look like the other Lakota boys; he has light hair, blue eyes, and his father is of Scottish descent. Grandpa Nyles sees an opportunity to introduce Jimmy to another Lakota who had fair hair and light skin—the famous Crazy Horse. Over the course of their trip, Grandpa Nyles recounts history and stories about the life of the Lakota hero and the events that shaped him into a powerful leader, including famous battles and standoffs against the white settlers…As Jimmy and his grandfather's journey comes to an end, the boy has gained much more than a history lesson—he learns a great deal about courage, sacrifice, and the ties that connect him to his ancestors.” –School Library Journal