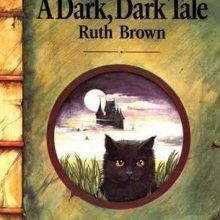 ‘Tis the season for… spooky reads! Today’s books are not (necessarily) outright scary but provide some suspense-filled fun, and only one of them is specifically a Halloween title. I recommend breaking out your best creepy “horror movie” voice.

Need some inspiration for your spooky reading voice?

A Dark, Dark Tale by Ruth Brown
Library Catalog
There are several versions of this classic tale. If you can find David Carter’s A Dark, Dark Wood, I highly recommend it for its ghostly pop-up book ending, but it has been out of print for quite some time. That being said, I love the “gothic” atmosphere in Ruth Brown’s version – the overall mood of the illustrations lends a lot to the spooky factor of the book. Read it slowly and emphasize creeping dread in your tone of voice. Create a sense of impending doom as you build up to the final reveal with a quick page turn to find out what’s in the dark, dark box in the dark, dark corner of the dark, dark cupboard. 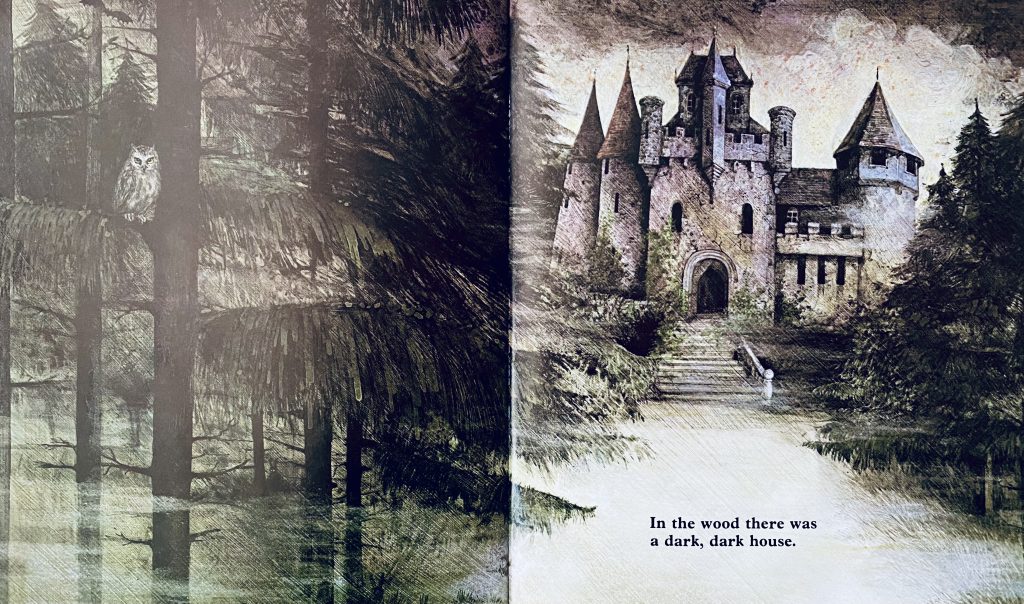 Wolf’s Coming! by Joe Kulka
OverDrive / Library Catalog
This is a book that you can really read to play upon the suspense and tension building factor leading up to the final, shocking twist! Wolf’s Coming! employs Big Bad Wolf stereotypes that children know so well from stories such as Little Red Riding Hood or The Three Little Pigs to create a “scary” picture book that opens with “a distant howl rides the breeze, echoing through all the trees.” From there each page ratchets up the tension as the wolf prowls and sneaks his way through the forest while the other animals run away and hide. 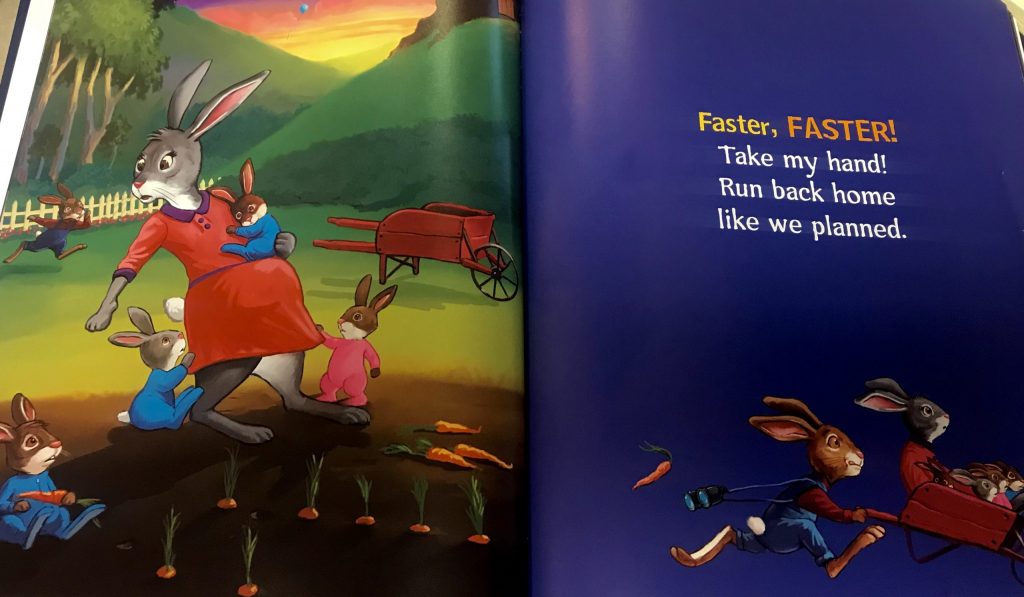 The text combines perfectly with the artwork featuring the snarling, drooling wolf and the “fearful” animals. Wolf’s Coming! is a fun read-aloud which makes use of the expectations of the wolf’s behavior, as well as the thrill people can find in being a bit frightened. Suggestions for reading: Be sure to do your best wolf howl at the beginning of the book. Break out your creepiest slower voice for the wolf pages and then increase to a nervous, frantic tempo voice for the forest animals. Without giving away the “Surprise!” ending, rest assured that the story ends bloodlessly and happily. 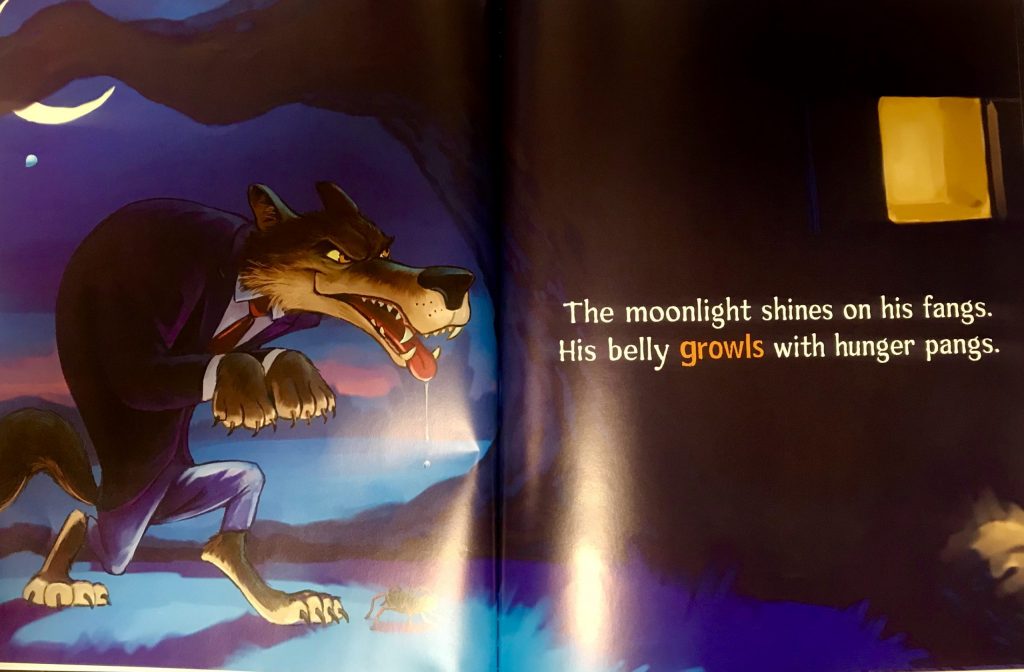 The Dark by Lemony Snicket, illustrated by by Jon Klassen
Library Catalog
The Dark is a definitely a creepy book. It’s so effective because it plays on the very real fear of the dark that children experience, Even as a grown up you can remember the primal terror of the dark you had as a child, and you can still very easily experience it. In this book, however, the Dark becomes potentially even more frightening, in a horror movie way. It calls out to Laszlo at night. Beckons him. Tells him to go… into the basement. Of course, what this book is about is actually overcoming fears and understanding that things exist to create balance – “without the dark, everything would be light, and you would never know if you needed a lightbulb.” When you read this book, give the Dark’s voice a tempting, convincing sound if you want to crank up the creepiness. 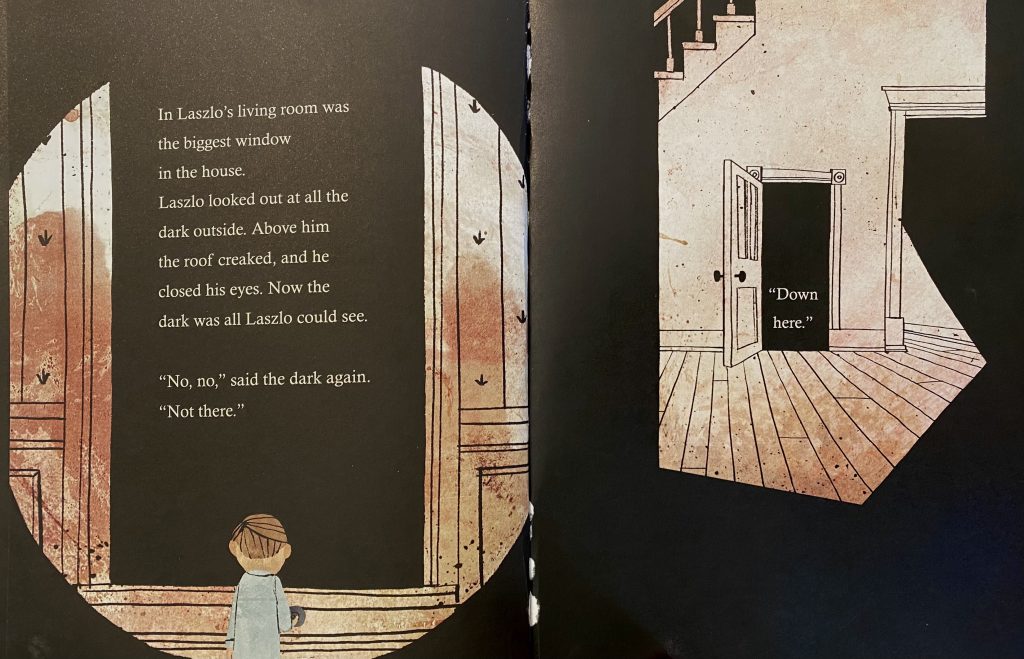 Black and Bittern Was Night by Robert Heidbreder, illustrated by John Martz
OverDrive / Library Catalog
What a wonderfully weird book. The only explicitly Halloween-related book in this list, Black and Bittern Was Night is told fully in nonsense rhyme and tells of a town overrun by hordes of skeletons which terrify the parents so much that their children are not allowed to go trick-or-treating. So, it is up to the children to take back their town and outscare the skul-a-mug-mugs. The premise is the stuff of horror movies, but the artwork is silly fun. What makes this book work so well, however, is the absurdity of the words. Read this is in your most dastardly horrific voice and it takes on a bone-chillingly nefarious aspect that is so perfect for a tale of rampaging undead on a Halloween night. 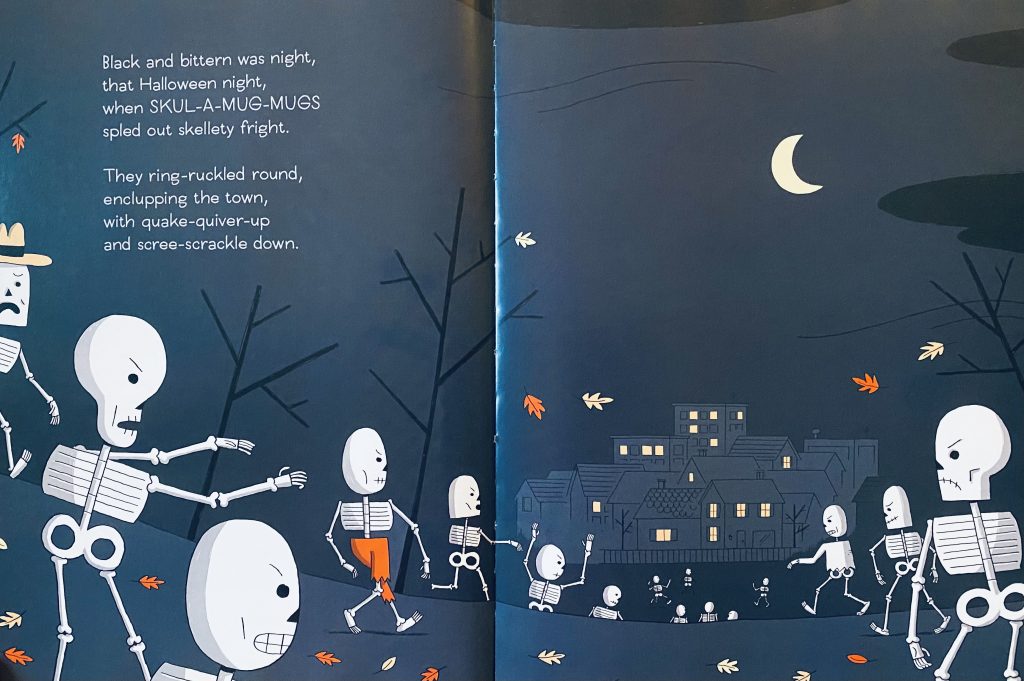 The Wolves in the Walls by Neil Gaimain, illustrated by Dave McKean
OverDrive / Library Catalog
Easily the book on this list that has the most potential for inspiring actual terror, I recommend Gaiman and McKean’s The Wolves in the Walls for older readers. In the Trove, for instance, we have it on our recommended reads for 4th Grade. Gaiman is an award-winning author, known for his creepy horror. McKean’s imagery just adds such a bizarre and scary factor to what is already a freak-out of a tale. Of course, the end is, like Wolf’s Coming!, not at all what your mind wants you to think is going to happen. It is really quite silly. But, even then, McKean’s illustrations continue to still make it all very unsettling. You’ve been warned: this book is very, very creepy. 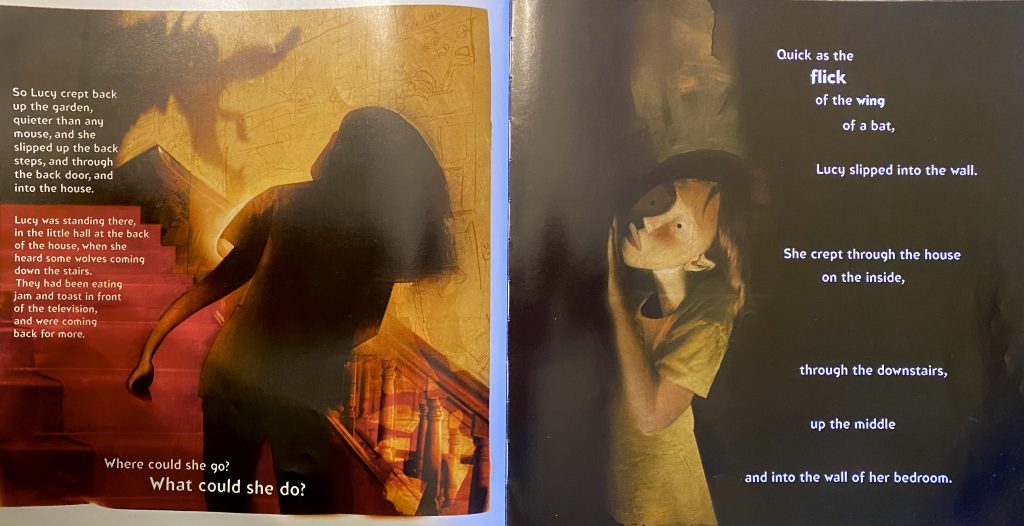