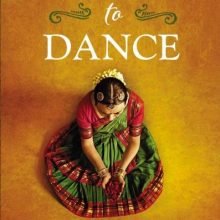 International Day of Persons with Disabilities: YA Books

The United Nations recognizes December 3rd as the International Day of Persons with Disabilities. I put together a list of YA books featuring a variety of characters living with some type of disability. I read A Time to Dance by Padma Venkatraman, about a dancer in India who has part of one leg amputated after an accident.

Since childhood, Veda has been focused entirely on dancing. The book opens just as she wins a particularly sweet victory at a dance competition. On the way home, however, her dance troupe’s van is in a serious accident, and Veda is so severely injured that her foot and lower leg must be amputated. She’s determined to dance again, but first must learn to navigate daily life. Initially, Veda faces obstacles, including mean classmates and a dismissive dance teacher, in addition to physical challenges. But she has the support of her parents, her grandmother, and Jim, a medical professional who designs a prosthetic leg for her. This book is written in verse, a moving way to express Veda’s emotional experience of amputation and recovery. I appreciated following Veda’s perspective along her challenging journey. If you’re interested to hear the opinion of a person who has personal experience with amputation, check out Jessica Walton’s review of this book on the Disability in KidLit blog.

A Time to Dance is available in the Library's print collection.

Unbroken: 13 Stories Starring Disabled Teens edited by Marieke Nijkamp
Grades 8 and up
Library Catalog
“Unbroken is a much needed short story collection featuring disabled teens as heroes of their own stories. In addition to disabled characters, the stories also feature a range of diverse characters. The stories are written by diverse and #ownvoices contributing authors who are either award winners, bestsellers, or debut authors…. A wide range of genres—realistic fiction, fantasy, paranormal, science fiction, and speculative fiction—ensures a bit of something for almost any reader.” –VOYA

Run by Kody Keplinger
Grades 7 and up
Library Catalog
“Everyone in town knows who Bo is—one of those Dickinsons, nothing but trouble. Everyone in town knows who Agnes is—an innocent blind girl, obedient daughter, an angel from heaven. When they become friends, both teens prove everyone wrong…. Bo and Agnes have unearned reputations and expectations that stifle them in their small town and will resonate with readers with and without disabilities, from large communities and small. The portrayal of Agnes's blindness is well crafted, less about what she can and can't do and more about others' expectations.” –School Library Journal

Six of Crows by Leigh Bardugo
Grades 7 and up
OverDrive; Library Catalog
“The dangerous city of Ketterdam is governed by the Merchant Council, but in reality, large sectors of the city are given over to gangs who run the gambling dens and brothels. The underworld's rising star is 17-year-old Kaz Brekker, known as Dirtyhands for his brutal amorality. Kaz walks with chronic pain from an old injury, but that doesn't stop him from utterly destroying any rivals. When a councilman offers him an unimaginable reward to rescue a kidnapped foreign chemist—30 million kruge!—Kaz knows just the team he needs to assemble.” –Kirkus Reviews

Lovely, Dark and Deep by Justina Chen
Grades 8 and up
Library Catalog
“Viola Li has her future as a globe-trotting journalist all planned out, but everything comes into question when her body suddenly betrays her. Passionate and ambitious, Viola, a biracial (Chinese/white) 18-year-old, is unmoored when her skin begins to react terribly in the sun and she must curtail her exposure to all light, including computer and phone screens. As Viola's photosensitivity worsens and her world becomes more restricted (the first page of each chapter gets progressively darker throughout the book), her only ray of metaphorical light is her burgeoning relationship with white Thor look-alike Josh Taylor, whom her parents disapprove of.” –Kirkus Reviews

Love from A to Z by S. K. Ali
Grades 8 and up
OverDrive; Library Catalog
“Zayneb Malik is a high school senior, hijabi, and Gryffindor/Slytherin mix. When she gets suspended over an incident with an Islamophobic teacher, she starts her spring break early, leaving her town in Indiana to visit her aunt in Doha. Also on the way to Doha, via London, is Adam Chen, returning to his dad and sister. He stopped attending his college classes two months earlier after he was diagnosed with multiple sclerosis, the same illness his mother had.” –School Library Journal

Like Water by Rebecca Podos
Grades 8 and up
Library Catalog
“After graduation, Vanni has plans to escape the trappings of her small New Mexico town. She thinks she is a good enough swimmer and student to get a modest scholarship. The plans evaporate, though, when her father is diagnosed with Huntington’s disease. There is a 50/50 chance that she has it, too, so now she must decide if she will take the genetic test that will let her know her fate, or if she would rather not know.” –VOYA

Laughing at My Nightmare by Shane Burcaw
Grades 10 and up
OverDrive; Library Catalog
“True to its title, this gallows-humor-inflected memoir offers a frank look at life as a lucky young man with a potentially fatal disease. Burcaw sets the tone of his candid memoir with a memorable introduction: the view of his brother Andrew's ankle hair as Andrew helps him to urinate. Burcaw has spinal muscular atrophy, a progressive disease affecting his whole body. Fortunately, he's also surrounded by supportive family and friends.” –Kirkus Reviews

The Silence Between Us by Alison Gervais
Grades 7 and up
OverDrive; Hoopla; Library Catalog
“Moving halfway across the country and changing schools senior year would be hard enough for anyone, but for Maya, moving from a Deaf school to a hearing school is one adjustment too many. At her Deaf school, people didn't stare or shout at her, and all the misconceptions about the Deaf didn't rear their ugly heads whenever she was signing to her interpreter or trying to lip-read. And then there's Beau, who makes it his mission to learn to sign to her the first day of school.” –School Library Journal

The Gentleman's Guide to Vice and Virtue by Mackenzi Lee
Grades 9 and up
OverDrive; Hoopla; Library Catalog
“Eighteen-year-old Monty, spoiled heir to a wealthy estate in eighteenth-century Britain, embarks on a year-long ‘Tour' of Europe, after which he will settle unhappily into respectable life. One social offense and an antiquities theft later, Monty and his companions (prickly little sister Felicity and lifelong best friend Percy, with whom Monty is hopelessly in love) are on the run from a power-hungry duke. When Monty discovers that Percy–whose social status as the mixed-race nephew of a wealthy landowner is already precarious–suffers from epilepsy and will be permanently committed to a sanitarium upon their return, Monty is determined to retrieve the alchemical panacea that his stolen artifact supposedly unlocks.” –Horn Book