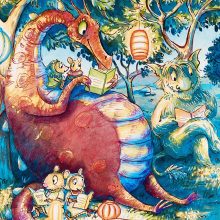 To celebrate the announcement of our 1000 Books Before Kindergarten program, today’s Peculiar Picks features two titles about characters who absolutely love books. We hope your future Kindergarten students learn to love books just as much as Winston the Wolf and Leo the Knight.

Winston the Book Wolf by Marni McGee, illustrated by Ian Beck
Library Catalog
Book lovers are frequently described as voracious readers, but Winston the wolf loves to devour books. Literally. The local librarian goes to great lengths to keep her books safe from the wolf’s chomping , but it isn’t until a young girl in a red hood named Rosie teaches him how to read that he learns to gobble up stories with his eyes to satiate his appetite for words. 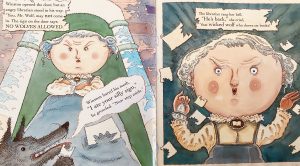 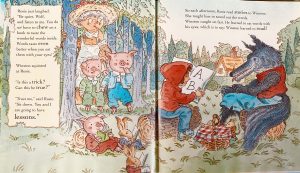 The Storybook Knight by Helen Docherty, illustrated by Thomas Docherty
OverDrive / Library Catalog
Young mouse Leo does not want to be a heroic, monster-fighting knight. He really just wants to be kind, peaceful and spend his time reading books. However, in his kingdom, as his parents say, “Knights must FIGHT!” and he gets sent off to slay a dragon (he just happens to pack tons of books for his trip). Along the way, he meets a variety of monsters and manages to fend them all off without bloodshed, using the power of words and stories instead. Of course, the same eventually goes for the dragon, leading his parents to change their mind and Leo returns home a hero. From then on, Leo and his new monster friends are allowed to read their books together, in peace. 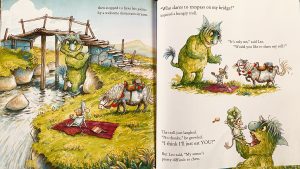 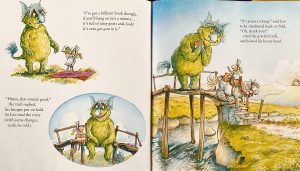 Look for more Peculiar Picks about Book Lovers in the future.