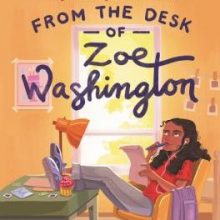 Dive Into Diversity: Let’s Get Cooking!

During this time of the year when it’s so cold out, one of my favorite things to do is relax on the sofa with a cup of hot cocoa, cookies, and a good book. With these stories that have elements of baking or cooking, you’re definitely going to want a snack to enjoy while reading them! 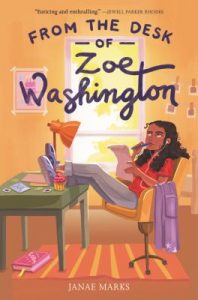 From the Desk of Zoe Washington by Janae Marks
For children in grades 4-7.
Library Collection: Print
Hoopla: Audio & eBook
OverDrive: Audio & eBook
Zoe Washington has recently turned twelve just as the school year lets out and she’s got a lot on her mind this summer. She isn’t talking to her neighbor Trevor, her friend Maya is at camp, and her friend Jasmine has moved away for good. Zoe is interning at a bakery in the hopes that her parents will let her apply for the Food Network's Kids Bake Challenge! if she does a good job there. On top of all that, she receives a letter from the father she’s never met, Marcus, since he’s writing to Zoe from prison. As she gets to know him via letters, Marcus drops the bombshell that he is innocent but his lawyer could not prove it. This is a really delightful tale that also tackles tough subjects such as racist ideas as well as the reality that there are individuals who become prisoners despite not having performed a crime. Zoe is incredibly passionate and fierce in her determination to find Marcus’s witness in order to prove that he has an alibi and could not have committed the crime that he has been serving time for. Our Project LIT Kids Book Discussion group will be meeting on Wednesday, February 10th at 4:30 PM to discuss and play trivia about this story. We hope you’ll join us! Please use this link to find out more information and to register. 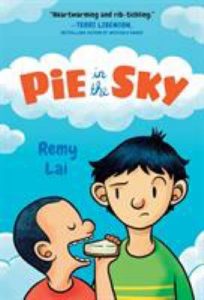 Pie in the Sky by Remy Lai
For children in grades 3-6.
Library Collection: Print
OverDrive: eBook
“Having recently immigrated to Australia, 11-year-old Jingwen feels like he’s been dropped onto a strange planet full of gibberish-spouting aliens. He knows life would be easier if he learned more English like his annoyingly chipper, too-loud, too-energetic little brother Yanghao. But guilt over his father’s accidental death festers. Worried that assimilating into Australian culture means he’s forsaking his father’s memory, Jingwen latches on to the idea that if he can make all the cakes his father planned to feature on the menu of his dream bakery, Pie in the Sky, then everything will be okay. Even if that means disobeying his mother’s rules while she’s working the night shift at a local bakery.” –School Library Journal 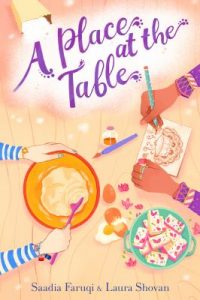 A Place at the Table by Saadia Faruqi and Laura Shovan
For children in grades 5-7.
Library Collection: Print
OverDrive: eBook
“When 11-year-olds Elizabeth and Sara meet in an after-school South Asian cooking class, they don’t immediately hit it off. Pakistani-American Sara is anxious about her family’s finances and upset about starting sixth grade at a big public school instead of the private Islamic one she’s always attended, while Elizabeth, who is Jewish, worries about her British mother’s depression and her old best friend replacing her. When the girls become cooking partners, though, they embark on a cautious friendship with some realistic bumps: Elizabeth fails to stand up for Sara when a classmate makes racist comments, and Sara quickly tires of Elizabeth’s lack of knowledge about Muslim life. Despite these occasional clashes, the pair become close, entering a cooking contest with an ingenious British-Pakistani fusion recipe and setting their mothers up to study for their U.S. citizenship tests together.” –Publishers Weekly