Available in print collection through our Catalog and as an eBook in Hoopla, as well as OverDrive and Libby.

March 11
“Xuela” by Jamaica Kincaid (p.486 – 1995) – Women’s History Month Selection
A young girl in the West Indies must find her voice and place in the world after the death of her mother in childbirth.

April 22
“Pigeon Feathers” by John Updike (p.242 – 1962)
When his troubled family moves to a farm, a young teen questions his faith, death, and an afterlife.
Story with film-short (American Playhouse, 1988, 40 min.) streamed free on Hoopla.

May 27
“Everything That Rises Must Converge” by Flannery O’Connor (p.227 – 1962)
A mother and son clash during an eventful bus ride in the recently desegregated South. 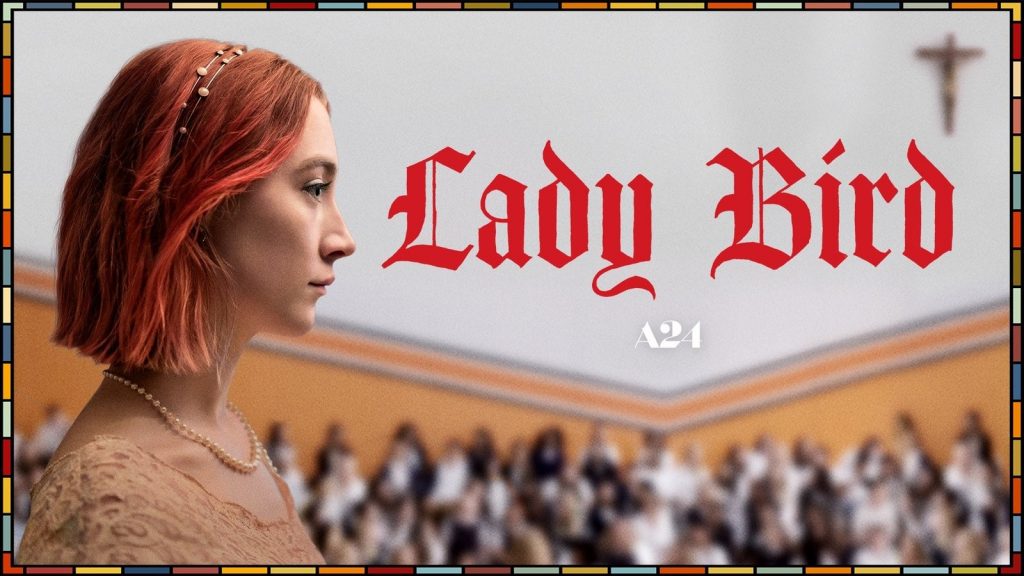 We conclude our series with this lovely, poignant coming-of-age selection.
An intrepid Catholic School senior from “the wrong side of the tracks” in Sacramento navigates
the trials of first love, family, and self-discovery as she dreams of escaping to college on the East Coast.
Nominated for 5 Oscars, Golden Globe winner Best Picture and Best Actress –
Starring Saoirse Ronan, directed by Greta Gerwig, with Laurie Metcalf and Tracy Letts.
To view before meeting: borrow as DVD or Blu-ray, streamed free on Library’s Kanopy, also on Netflix.

Please register for series through Zoom or at website calendar, or by calling 914-422-1480
This program is made possible with support of the Friends of the White Plains Library.
Questions? Contact Barbara at bwenglin@whiteplainslibrary.org.