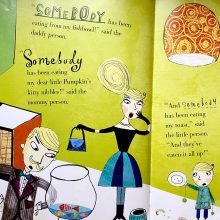 Like so many folk and fairy tales, such as The Three Little Pigs, there are many versions of the story of Goldilocks and the Three Bears. For a traditional telling, check out this bilingual version on Hoopla by Candice Ransom or this version by James Marshall on Kanopy.

However, since this is Peculiar Picks, here are three of my favorite nontraditional versions of Goldilocks and the Three Bears.

Goldilocks and the Three Dinosaurs by Mo Willems
Library Catalog
Mo Willems doesn’t need much introduction – he’s famous for The Pigeon books, Elephant & Piggie, Knuffle Bunny, and has won so many awards. His version of Goldilocks does not disappoint and features his trademark amusing artwork and quirky irreverent sense of humor. There’s plenty of things going on in this book that older kids and adults will get a kick out of!

You can watch an animated version of Goldilocks and the Three Dinosaurs on Hoopla or Kanopy with your Library card. 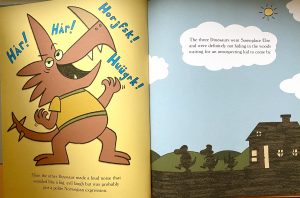 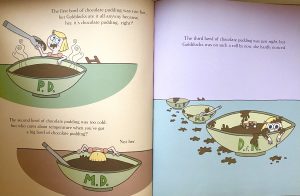 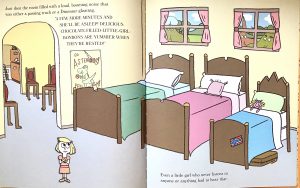 Goldenlocks and the Three Pirates by April Jones Prince, illustrated by Steven Salerno
eBook / Library Catalog
Three scurvy sea dogs settle down to their bilgewater gruel but it's too hot, so off to shore they set for some supplies. Along comes Goldenlocks, who proceeds to fix all the things wrong with the three pirates’ ship, from the gruel, to the broken stool, to the torn sleeping hammocks. This delightfully piratical version of the story flips the premise, showing how helpful and useful Goldenlocks is, as opposed to being a troublemaker (which is also amusing, as they are pirates, who are troublemakers!). I particularly enjoy that the Pirate Papa has an anchor tattoo on his chest that tingles when there is danger. 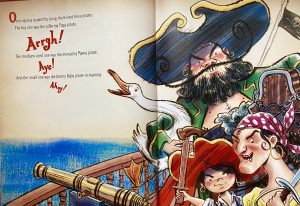 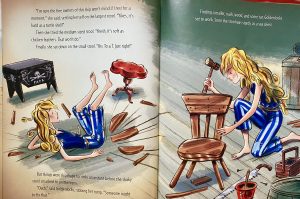 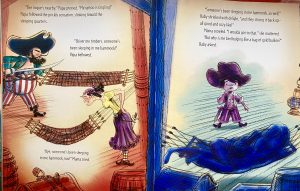 Goldilocks and Just One Bear by Leigh Hodgkinson
eBook / Library Catalog
Bear gets lost in the big city and wanders into an apartment where he tries some “porridge,” some “chairs,” and some “beds” before settling into rest. Little does he know, it’s the apartment of Goldilocks, now grown with her own family, many years after the events of the original story. The bear is none other than Baby Bear and a happy reunion takes place. The fanciful artwork and multitude of little details to look for, such as the business names while the Bear walks along the city streets, make this a wonderful addition to the various versions of the story of Goldilocks and the Three Bears. 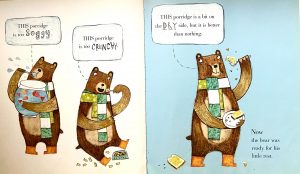 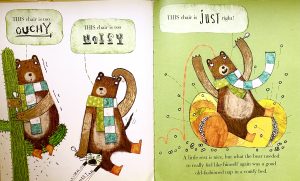 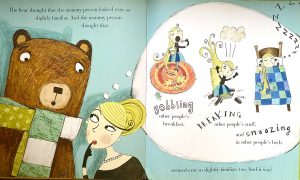