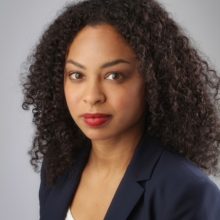 Please join us on Sunday, March 21, 3:00 – 4:00 p.m. for a conversation with Mara Gay, a New York Times Editorial Board member who writes about politics and New York. She’s also an MSNBC political analyst, appearing regularly to discuss national politics. Before coming to the Times, Mara covered Mayors Bill de Blasio and Michael Bloomberg as a City Hall reporter at The Wall Street Journal, and before that, at the Daily News. In her first job, she was a digital staff editor for The Atlantic Magazine in Washington, D.C. Mara was also a columnist and editorial board writer for The Michigan Daily, at the University of Michigan in Ann Arbor. Her journalism career began at White Plains High School, where she served as editor-in-chief for The Orange.

Mara Gay will be interviewed by Bill Falk, editor-in-chief of The Week, a weekly news magazine with editions in the United Kingdom and United States. Previously, he worked as a reporter, columnist, and editor at the Gannett Westchester Newspapers and at Newsday, where he was part of two reporting teams that won Pulitzer Prizes. Bill has been a resident of White Plains since 1992. He'll be talking with Mara Gay about what it's like working as journalist today including topics such as reporting during a pandemic, fake news, and sharing opinions in a polarized political climate.

REGISTER HERE to receive a Zoom link unique to your email address. This program is sponsored by the White Plains Library Foundation.