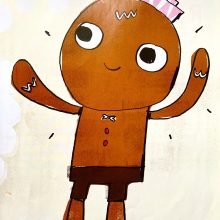 What is it about The Gingerbread Man? Why does this story appeal so much? There are so many aspects of the original tale that are just odd, strange and dark, once you stop to think about them (why, really, were the Old Man and Old Woman baking the Gingerbread Man?). Ultimately, it’s a cautionary tale about not trusting strangers, but what I think draws kids in and keeps it popular is the Gingerbread Man’s snarky rhyme, the repetitive structure, and the general silliness of the talking cookie.

All in all, I still come back to it myself, reading versions that stick to the traditional formula, as well as ones that vary wildly. You can even watch me tell a version of The Gingerbread Man on our playlist of Tiny Tales videos on YouTube.

Here’s some of my favorite versions of The Gingerbread Man.

The Gingerbread Boy by Richard Egielski
Library Catalog
My favorite traditional take on the tale, the story is unchanged, just the location: New York City. Seeing the Gingerbread Boy run through the streets and subways of NYC and eventually find himself in Central Park adds an enjoyable, locally-flavored aspect to the book. 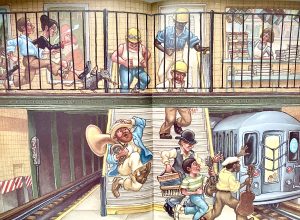 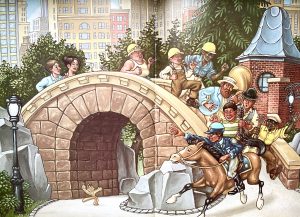 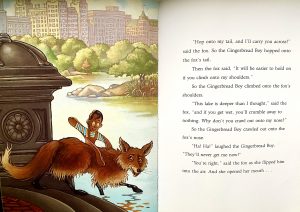 The Gingerbread Cowboy by Janet Squires, illustrated by Holly Berry
Library Catalog
My second-favorite traditional version of The Gingerbread Man moves the story to the Wild West and swaps out the animals to regional-specific ones: a horned-lizard, a roadrunner, javelinas, long-horned cattle, a group of hungry cowboys and a coyote. It’s best to read this in your most over-exaggerated “cowboy/girl voice.” Then also pause to contemplate what’s happening on the last page. 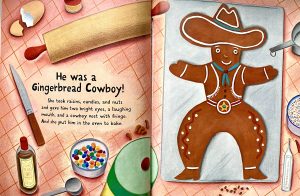 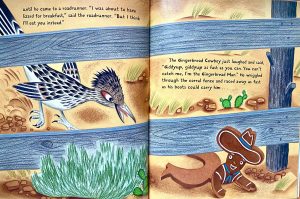 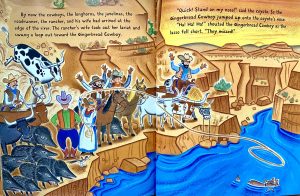 The Ninjabread Man by C.J. Leigh, illustrated by Chris Gall
eBook / Library Catalog
While the setup is nonsensical (but we’re discussing walking talking cookies here, so…), this is still, in many ways, a straightforward version of the story. A sensei bakes special “ninjabread” weapons for his ninja students and, inexplicably, a Ninjabread Man. The Ninjabread Man leaps from the oven and proceeds to challenge the students – their ultimate test. The final student? Yep, the Ninja Fox. What do you think happens? 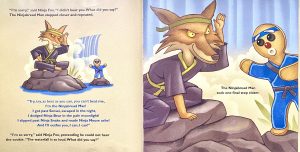 The Gingerbread Girl by Lisa Campbell Ernst
Library Catalog
Finally moving into versions that vary to greater degrees from the original, The Gingerbread Girl adds in a bit of Girl Power to the story. Starting off one year after the original tale, the Old Man and Old Woman are again baking up a child, this time a girl. She, like her brother, takes off immediately, but having learned a thing or two, and being overall much smarter than her predecessor, she not only outwits the fox, but brings all of the characters together – to make more gingerbread and eat it. 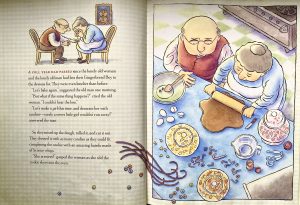 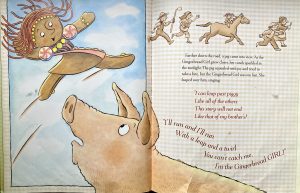 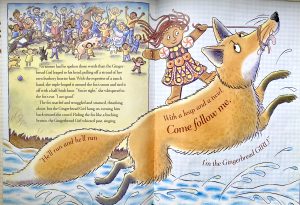 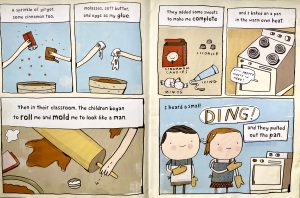 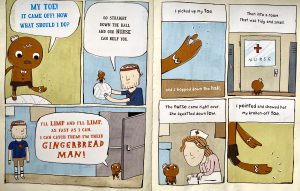 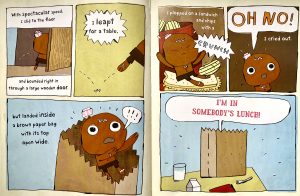 The Library Gingerbread Man by Dottie Enderle, illustrated by Colleen M. Madden
Library Catalog
I’d be remiss as a librarian not to include this one! Jumping from the pages of his book in the 398.2 section (folklore and fairy tales) of the library, The Gingerbread Man goes on a madcap spree across the Dewey Decimal System finally meeting up with an Arctic Fox that came out of its home in the 998s. Filled with humor (take time to read the spines of the books the Gingerbread Man passes), action-packed illustrations, and a fun ending that involves the titular character not being eaten, but instead being saved by a librarian, this is one of my absolute favorite versions of The Gingerbread Man story. 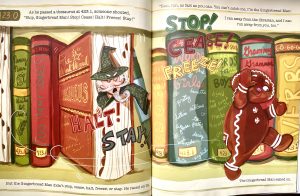 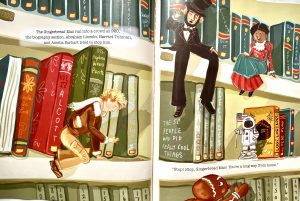 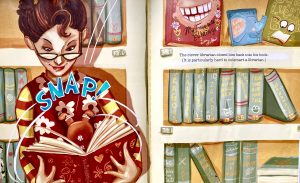