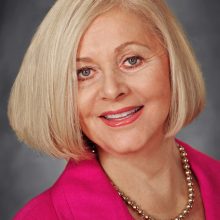 Behind the Scenes with Barbara Brilliant, Creator and Executive Producer of Broadway Musicals: A Jewish Legacy
The Library is delighted to announce an exciting program in celebration of Jewish American Heritage Month on Sunday, May 23rd from 2:00-3:30 p.m., via our Zoom platform. We invite you to meet Barbara Brilliant, the Creator and Executive Producer of the Peabody Award-winning film, Broadway Musicals: A Jewish Legacy, in conversation with Librarian Barbara Wenglin. Please register here.

With film clips and fascinating behind-the-scenes anecdotes, Ms. Brilliant will describe the making of this extraordinary documentary which explores the unique role of Jewish composers and lyricists in the creation of the modern American musical. Narrated by Joel Grey, the film showcases the contributions of Irving Berlin, George and Ira Gershwin, Jerome Kern, Rodgers and Hammerstein, Leonard Bernstein, Stephen Schwartz, Mel Brooks, and Stephen Sondheim, among many others. 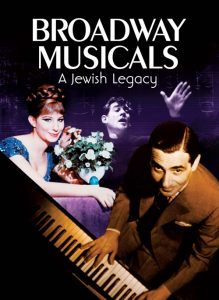 The film also highlights the remarkable pantheon of performances and shows from the Yiddish theater to Porgy and Bess, Oklahoma, Carousel, West Side Story, My Fair Lady, Cabaret, Chicago, A Chorus Line, Annie, Hello Dolly, Fiddler on the Roof, Pippin, Hairspray, The Producers, The King and I, Wicked – and more.

Originally produced in 2013 by Public Broadcasting, the film will be featured and screened again by PBS this summer. Westchester Library System also has a few DVDs to borrow here. As a lead-in to your viewing pleasure, the engaging Ms. Brilliant–an accomplished musical theater performer, award-winning television host and drama coach—will share the challenges and satisfactions of producing the finished film. This uplifting program, with compelling insights and audience Q & A, is sure to please as we all emerge from a devastating year – ever hopeful for the return of Broadway!