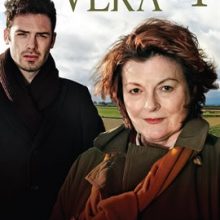 I hope you got plenty of use out of AcornTV, because effective May 14 we will no longer offer it. The decision wasn't ours; apparently Acorn decided they no longer wanted to be in the library market.

This is one of the downsides of the digital world. Unlike a print book, or a DVD, libraries don't own the eBooks and streaming content they offer. Typically, we can only lease them. Which makes us vulnerable to whatever decision a vendor might make.

If you were a fan of AcornTV, this is a good time to get to know another streaming service, Hoopla. Hoopla has some of the same series that were so popular in Acorn, including: Jack Irish, Miss Fisher's Murder Mysteries, Agatha Christie's Miss Marple, Foyle's War, Doc Martin, Murdoch Mysteries, Jack Taylor, Agatha Raisin, and more. To find a list of AcornTV titles in Hoopla, click here. Find some highlighted titles below: 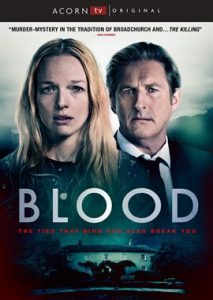 Blood
Season 1 / Season 2
Likened to Broadchurch and The Killing by critics. BAFTA nominee Adrian Dunbar (Line of Duty) stars as a respected doctor in a small Irish town. When his wife dies, everyone believes it was an accident–except his daughter (Carolina Main, Unforgotten), who mistrusts her father because of a childhood trauma. 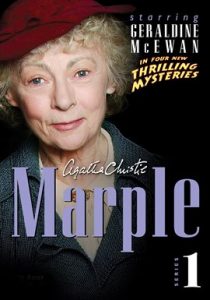 Agatha Christie's Miss Marple
Season 1–6
Proper, demure, and sharp as a tack, Agatha Christie's beloved Miss Marple returns to the limelight in sparkling new adaptations of four classic Agatha Christie novels. Geraldine McEwan is the ladylike sleuth, a wispy senior citizen who blows the police professionals out of the water with her keen insight and shrewdly analytical nature, Marple has lived a long time – and she's paid attention. 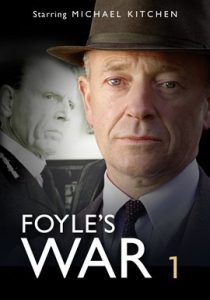 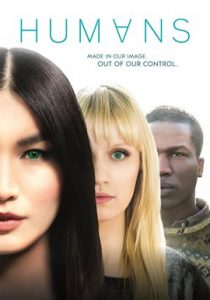 Humans
Season 1–3
What makes us human? Can a synthetic creation ever think and feel the way we do? And if so, what do we do about it? This brand new, ambitious eight-part drama, from the makers of Utopia and Broadchurch, takes just such a scenario and turns it into both a hair-raising thriller, and a rumination on the nature of humanity. Featuring a top-class cast including William Hurt (A History of Violence, Damages), Katherine Parkinson (The IT Crowd, The Honourable Woman), Colin Morgan (Merlin, The Fall) and Rebecca Front (The Thick Of It, Just William), Humans is a riveting look at a question that gets just a little less hypothetical every day. 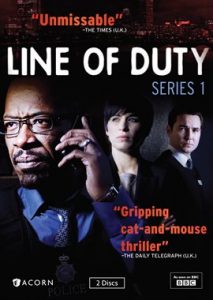 Line of Duty
Season 1–5
Detective Chief Inspector Tony Gates (Lennie James, The Walking Dead) is an exemplary cop. He's got the best crime stats on the force and a loyal team working under him. But the head of the police anticorruption unit, Superintendent Ted Hastings (Adrian Dunbar, Ashes to Ashes), has his doubts about Gates. Is he really that good? And more importantly, is he really that clean? Hastings decides to find out and calls on a new arrival to his department, Detective Sergeant Steve Arnott (Martin Compston, Monarch of the Glen), to help him do it. As the net tightens around Gates, reputations are on the line and lives are at risk. 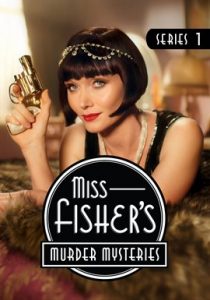 Miss Fisher's Murder Mysteries
Season 1–3
In 1920s Melbourne, the Honorable Phryne Fisher (Essie Davis, Girl with a Pearl Earring) is a thoroughly modern woman operating in a mostly male world. The glamorous “lady detective” goes about her work with a pistol close at hand-and, more often than not, a male admirer even closer. To the dismay of Detective Inspector Jack Robinson (Nathan Page, The Secret Life of Us), Phryne's investigations take her through back alleys, jazz clubs, and shady neighborhoods. Ignoring the dangers all around her, she glides through life determined to enjoy every moment. But beneath her devil-may-care attitude, Phryne hides ghosts from the past that continue to haunt her. 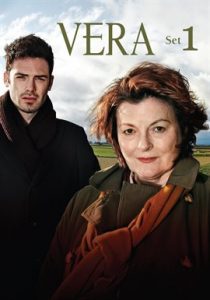 Vera
Season 1, 2, 4, 5, 6, & 7
Based on the bestselling mysteries by Ann Cleeves, Vera follows a solitary, obsessed, cantankerous investigator who happens to be pure genius at her job.