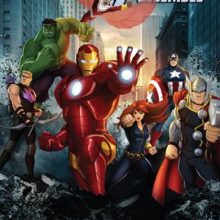 Hoopla Bonus Borrows for May

Hoopla Bonus Borrows are back from May 1 – 31! Choose from hundreds of titles in Hoopla's Bonus Borrows collection. Find some staff highlights below or see the full list here. 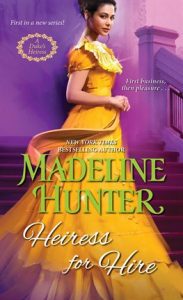 Heiress for Hire (Part 1 of the Duke's Heiress series) by Madeline Hunter
eBook
Minerva Hepplewhite has learned the hard way how to take care of herself. When an intruder breaks into her home, she doesn't swoon or simper. Instead she wallops the rogue over the head and ties him up-only to realize he is Chase Radnor, the man who nearly got her convicted of her late husband's murder. Now he's insisting that Minerva has inherited a fortune from his uncle, a wealthy Duke. Only one thing could surprise her more: her sudden attraction to this exasperating man… 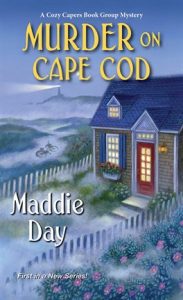 Murder on Cape Cod by Maddie Day
eBook
A Cape Cod shop owner and her book club must find a crafty killer in this charming new series from the Agatha-nominated author of the Country Store Mystery series. Summer is busy season for Mackenzie “Mac” Almeida's bicycle shop, nestled in the quaint, seaside hamlet of Westham, Massachusetts. She's expecting an influx of tourists at Mac's Bikes; instead she discovers the body of Jake Lacey. 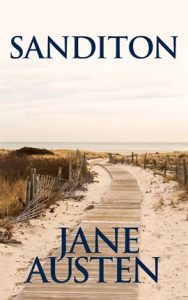 Sanditon by Jane Austen
eBook
Jane Austen's unfinished novel Sanditon (1817) tells the story of a quaint seaside village and its inhabitants. Charlotte Heywood is invited by Mr. and Mrs. Parker to stay the summer with them at Sanditon, where Mr. Parker spent his youth and where he now wants to create a tourist resort. While there, Charlotte gets to know and observe the many colorful residents of Sanditon, including the wealthy, twice-widowed Lady Denham; her ward, Clara Crereton, an impoverished girl; and her handsome, but penniless nephew Edward, who may have eyes for the beautiful Clara. 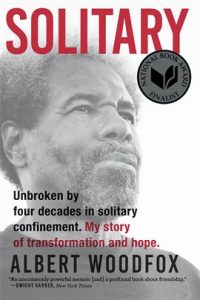 Solitary by Albert Woodfox
eBook
Solitary is the unforgettable life story of a man who served more than four decades in solitary confinement-in a 6-foot by 9-foot cell, 23 hours a day, in notorious Angola prison in Louisiana-all for a crime he did not commit. That Albert Woodfox survived was, in itself, a feat of extraordinary endurance against the violence and deprivation he faced daily. That he was able to emerge whole from his odyssey within America's prison and judicial systems is a triumph of the human spirit, and makes his book a clarion call to reform the inhumanity of solitary confinement in the U.S. and around the world. 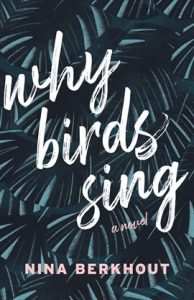 Why Birds Sing by Nina Berkhout
eBook
When opera singer Dawn Woodward has an onstage flameout, all she wants is to be left alone. She's soon faced with other complications the day her husband announces her estranged brother-in-law, Tariq, is undergoing cancer treatment and moving in, his temperamental parrot in tow. To make matters worse, though she can't whistle herself, she has been tasked with teaching arias to an outspoken group of devoted siffleurs who call themselves the Warblers. Eventually, Tariq and his bird join the class, and Dawn forms unexpected friendships with her new companions. 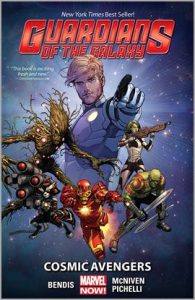 Guardians of the Galaxy Vol 1.: Cosmic Avengers by Brian Michael Bendis, illustrated by Steve McNiven
There's a new rule in the galaxy: No one touches Earth! But why has Earth suddenly become the most important planet in the galaxy? That's what the Guardians of the Galaxy are going to find out! Join Star-Lord, Gamora, Drax, Rocket Raccoon, Groot and – wait for it – the Invincible Iron Man as they embark upon one of the most explosive and eye-opening chapters of Marvel NOW! 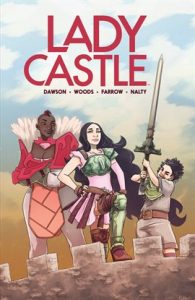 Ladycastle by Delilah S. Dawson, illustrated by Ashley A. Woods & Rebecca Farrow
When all the men in Mancastle get eaten by a dragon, the women take over! Now the blacksmith's wife Merinor is King, Princess Aeve is the Captain, and the only remaining (and least capable) knight Sir Riddick is tasked with teaching the ladies of the castle how to defend against all manner of monsters! 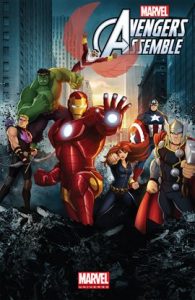 Marvel Universe Avengers Assemble Vol. 1 by Joe Caramagna
Featuring screen-capture images from Marvel's Avengers Assemble! Earth's Mightiest Heroes, the Avengers, explode onto the scene with an all-new all-ages series based on the hit animated series now airing on Disney XD! To save his own life, the Red Skull must transfer his mind into the body of his greatest foe: Captain America! When the Red Skull captures Iron Man's armor, the Avengers' deadliest enemy now wields the strongest weapon on Earth! 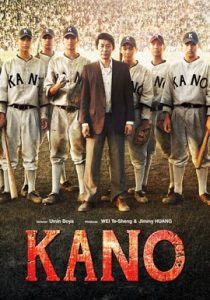 Kano (2015)
Chinese with English subtitles
Directed by Umin Boya, starring Togo Igawa and Takao Ohsawa
A high school baseball team from Taiwan travels to Japan in 1931 to compete in a tournament. 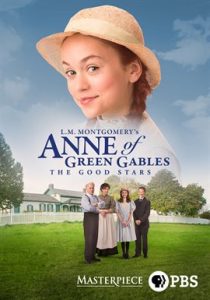 L.M. Montgomery's Anne of Green Gables (2016)
True to the beloved classic that has enchanted fans across the world for over a century, L.M. Montgomery's Anne of Green Gables brings to life the story of the determined, spirited little girl who touches the lives of everyone she meets. Starring Ella Ballentine, Sara Botsford, and Martin Sheen as Matthew. 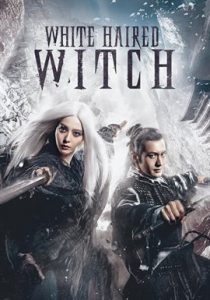 White-Haired Witch (2015)
Mandarin with English subtitles
Directed by Zhang Zhiliang, starring Fan Bingbing, Xiaoming Huangg, Wenzhuo Zhao
Stars Fan Bingbing as the fabled sorceress who defends the oppressed against a corrupt Imperial Court. An opposing clan leader frames her for murder, turning her and the members of her cult into wanted fugitives for a crime they didn't commit. 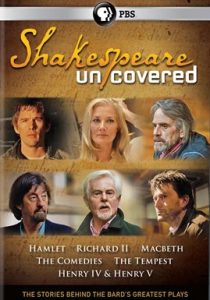 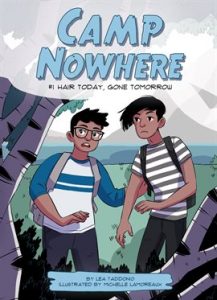 Hair Today, Gone Tomorrow (Part 1 in the Camp Nowhere Series) by Lea Taddonio
eBook
Cooper and Cruz Garcia are at Camp Nowhere for the summer. The camp is rundown and creepy. The boys hear blood-curdling screams coming from the mountains. The counselors say it's nothing. But the previous year, four campers disappeared! What's going on? 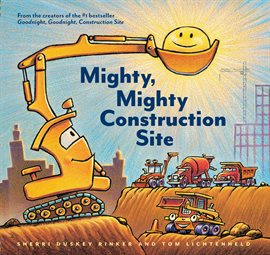 Mighty Mighty Construction Site by Sherri Duskey Rinker
eBook
At last-here from the team behind the beloved international bestseller comes a companion to Goodnight, Goodnight, Construction Site. All of our favorite trucks are back on the construction site-this time with a focus on team-building, friendship, and working together to make a big task seem small! 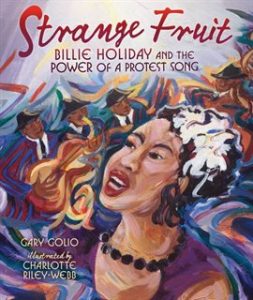 Strange Fruit: Billie Holiday and the Power of a Protest Song by Gary Golio, illustrated by Charlotte Riley-Webb
eBook
Discover how two outsiders-singer Billie Holiday, a young black woman, and Abel Meeropol, the son of Jewish immigrants-created “Strange Fruit”, a song that challenged racism and paved the way for the Civil Rights movement. 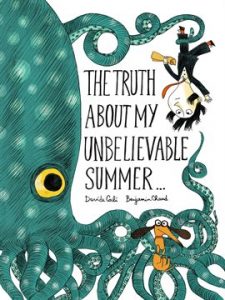 The Truth About My Unbelievable Summer by Davide Cali
eBook
What really happened over the summer break? A curious teacher wants to know. The epic explanation? What started out as a day at the beach turned into a globe-spanning treasure hunt with high-flying hijinks, exotic detours, an outrageous cast of characters, and one very mischievous bird! Is this yet another tall tale, or is the truth just waiting to be revealed? 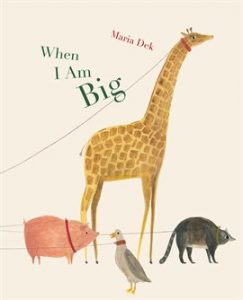 When I am Big by Maria Deck
eBook
Charming illustrations and text encourage young children to explore what they can do as they grow up. The adventurous child imagines “I will tie my shoes all by myself, make 3 knots with big bows”; to eat twenty pizzas in one sitting, or walk animals, eight at a time, while teaching them tricks. When I Am Big is also an unconventional counting book, as it goes all the way to twenty-five. The result is a book that nourishes a child's curiosity, confidence, and delight in the world's wonders. 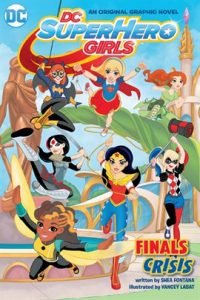 DC Super Hero Girls: Finals Crisis by Shea Fontana, illustrated by Yancey Labat
Class is in session! Welcome to DC Super Hero High! It was the night before finals and the student body is hard at work… and nothing is going right! Wonder Woman, Supergirl, Harley Quinn, Batgirl and their friends are learning to become heroes, but no one knew the trials that awaited them. In the first original graphic novel from the DC Super Hero Girls line, meet the students of Superhero High School as they find out that fun, friendship and hard work are all parts of growing up! 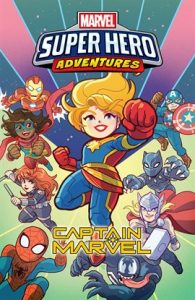 Marvel Super Hero Adventures: Captain Marvel by Jacob Chabot, Kim Mccann, Seanan McGuire, Sholly Finch, illustrated by Mario Del Pennino, Dario Brizuela, Jeff Loveless
Carol Danvers is one of the most powerful super heroes on Earth. She's led Alpha Flight and the Avengers, and prevented more alien invasions than you can count. But she's about to hit big trouble – and even the mightiest heroes need help sometimes! Good thing there's a friendly neighborhood Spider-Man swinging around! Meet Captain Marvel before she hits the big screen – and find out what happens when two very different heroes have to work together! 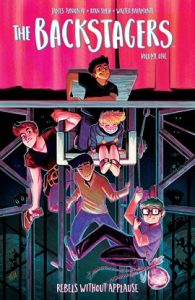 The Backstagers Vol. 1: Rebels Without Applause by James Tynion IV, illustrated by Rian Sygh
James Tynion IV (Detective Comics, The Woods) teams up with artist Rian Sygh (Munchkin, Stolen Forest) for an incredibly earnest story that explores what it means to find a place to fit in when you're kinda an outcast. When Jory transfers to an all-boys private high school, he's taken in by the lowly stage crew known as the Backstagers. Hunter, Aziz, Sasha, and Beckett become his new best friends and introduce him to an entire magical world that lives beyond the curtain that the rest of the school doesn't know about, filled with strange creatures, changing hallways, and a decades-old legend of a backstage crew that went missing and was never found. 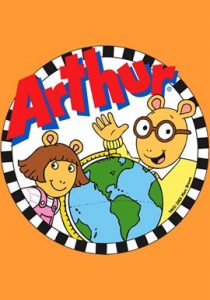 Arthur (1997)
ARTHUR follows the adventures and misadventures of 8-year-old Arthur Read (an aardvark), his little sister D.W., and his friends and family. Each of the episodes consists of two stories that focus on themes central to children's lives.