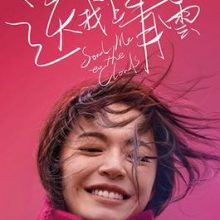 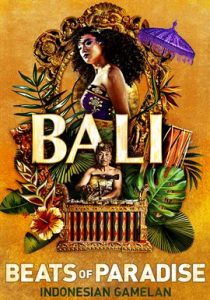 Bali: Beats of Paradise (2021 documentary)
Directed by Livi Zheng. Starring Nyoman Wenten, Judith Hill, Nanik Wenten.
Bali: Beats of Paradise is a documentary that pulls back the curtain on gamelan music and Nyoman Wenten, an Indonesian traditional music composer who sets out to pay homage to the sacred but shrinking tradition of Balinese music and dance. 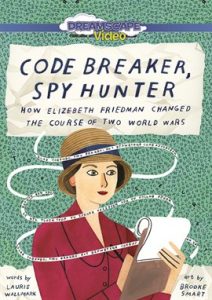 Code Breaker, Spy Hunter: How Elizebeth Friedman Changed the Course of Two World Wars (2021 Animated / History)
Directed by Andy T. Jones. Starring Romy Nordlinger.
In this biography, young viewers will learn all about Elizebeth Friedman (1892-1980), a brilliant American code breaker who smashed Nazi spy rings, took down gangsters, and created the CIA's first cryptology unit. Her story came to light when her secret papers were finally declassified in 2015. From thwarting notorious rumrunners with only paper and pencil to “counter-spying into the minds and activities of” Nazis, she held a pivotal role in the early days of US cryptology. No code was too challenging for her to crack, and her work undoubtedly saved thousands of lives. 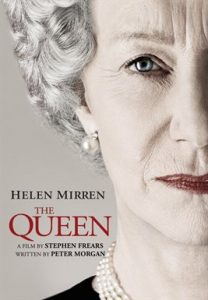 The Queen (2006 Drama)
Directed by Stephen Frears. Starring Helen Mirren, Michael Sheen, James Cromwell.
In the wake of a national tragedy, the prime minister and royal family find themselves quietly at odds. The initial reluctance of Buckingham Palace to mourn Diana is seen by the public as a sign of cool emotional distance, but Tony Blair, perceiving a potential public-relations disaster in the making, takes it upon himself to persuade Queen Elizabeth to pay tribute to the dead princess. 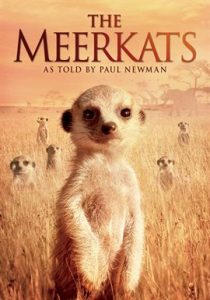 The Meerkats (2008 Documentary)
Narrated by Paul Newman.
An inspiring story of a young meerkats resilience and fortitude shot in the Kalahari Desert. 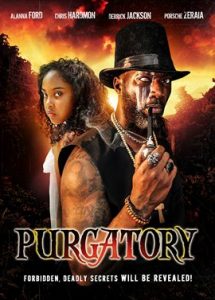 Purgatory (2021 Horror)
Directed by Trevor Ford. Starring Alanna Ford, Chris Hardman, Derrick Jackson, Porsche Zeraia.
Grieving widower, Bernard, is approached by a spiritual healer and a voodoo high priest with an enticing offer to reconnect with his late wife, Sophia, in the afterlife. In the process, Bernard faces spirits, demons, and life-altering secrets. 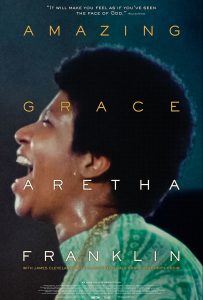 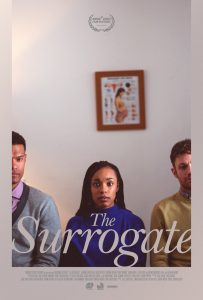 The Surrogate (2020 Drama)
Directed by Jeremy Hersh. Starring Brooke Bloom, Chris Perfetti, Jasmine Batchelor, Sullivan Jones, Tonya Pinkins.
Jess Harris (Jasmine Batchelor, The Good Fight), a 29-year-old web designer for a nonprofit in Brooklyn, is ecstatic to be The Surrogate and egg-donor for her best friend Josh (Chris Perfetti, Looking) and his husband Aaron (Sullivan Jones, Slave Play). Twelve weeks into the pregnancy, a prenatal test comes back with unexpected results that pose a moral dilemma. As they all consider the best course of action, the relationship between the three friends is put to the test. 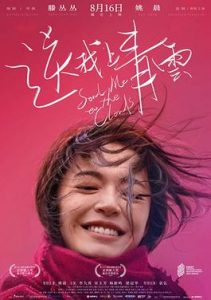 Send Me to the Clouds (2019 Chinese Drama)
Directed by Congcong Teng. Starring Chen Yao, Jiuxiao Li, Xinming Yang.
Diagnosed with ovarian cancer, iron-willed journalist Sheng Nan (“Surpass Men” in Chinese) is pressured to make a quick fortune and find mind-blowing sex before the costly surgery numbs her senses. Taking on a businessman's biography writing job, she hikes into the misty mountains, where a chain of outbursts with her dysfunctional family, grumpy client, misogynistic co-worker, and dreamlike romantic interest hilariously unfold. As deeply moving as it is luminously witty, writer-director Teng Congcong's debut waltzes across the bitterness swallowed by her generation of women born under China's One Child Policy, unprecedentedly burdened to “surpass men” while trying not to be “leftover women” at the same time. Saluting the 18th-century Chinese literature classic Dream of the Red Chamber in its title, the enchanting gem refreshes the novel's transcendent contemplation on desire, death and womanhood from a modern cinematic perspective. 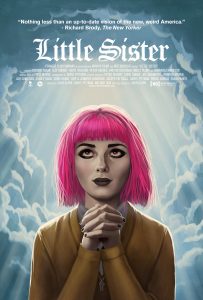 Little Sister (2016 Drama / Comedy)
Directed by Zach Clark. Starring Addison Timlin, Ally Sheedy, Barbara Crampton, Keith Poulson, Peter Hedges.
October, 2008. Young nun Colleen (Addison Timlin) is avoiding all contact from her family, until an email from her mother (Ally Sheedy) announces, Your brother is home. On returning to her childhood home in Asheville, NC, she finds her old room exactly how she left it: painted black and covered in goth/metal posters. Her parents are happy enough to see her, but unease and awkwardness abounds. Her brother is living as a recluse in the guesthouse since returning home from the Iraq war. During Colleen s visit, tensions rise and fall with a little help from Halloween, pot cupcakes, and GWAR. Little Sister is a sad comedy about family, a schmaltz-free, pathos-drenched, feel-good movie for the little goth girl inside us all. 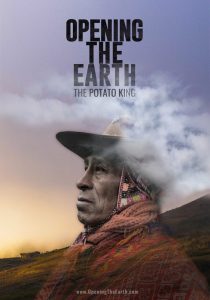 Opening The Earth: The Potato King (2019 Documentary)
Directed by Aaron & Eric Ebner.
Opening The Earth: The Potato King is a documentary about Julio Hancco, an aging guardian of biodiversity living at 14,600 ft above sea level in the Andes Mountains of Peru. His humble life and rise to international fame is contrasted with the global significance of his work and how the modern world may depend on him in an emergency. Julio Hancco represents a people, a culture, and a way of life that is being lost to modernization. The new generation of Peruvians are losing their desire to farm, more driven to be able to afford material possessions than inherit the land from their ancestors. Opening The Earth: The Potato King follows two young Peruvians on opposite sides of the issue. Hernan Hancco is the Potato King's son, and has chosen to leave his small village for the capital city of Lima, Peru in search of a career and wealth. He has found that the dream of living in the big city isn't always what it is promoted to be. Yenni Quispe-Surco is a young school girl who faces a decision, move to the city to pursue wealth and modern success, or stay in her village and carry on the traditional Quechua lifestyle of her ancestors. The result is a documentary that challenges our perception of poverty and celebrates traditional knowledge.