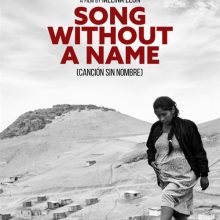 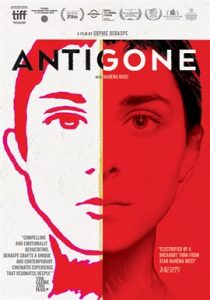 Antigone (2021 Canadian drama)
Directed by Sophie Deraspe. Starring Nahéma Ricci, Rawad El-Zein, Antoine Desrochers.
Writer-director Sophie Deraspe's incisive liberal adaptation of the Greek tragedy by Sophocles is the daring story of one young woman's commitment to her family, even if it means sacrificing herself. Newcomer Nahéma Ricci gives a stunning, luminous performance as Antigone, an Algerian-born teenager living in Montreal with her immigrant family. Her world is shaken when her oldest brother is wrongfully gunned down by police during the arrest of her other brother who, if convicted, faces deportation. She invents a fearless, dangerous plan to free him, but can it succeed? As Antigone's predicament intensifies and the consequences of her actions spiral out of control, the film deftly incorporates urgent and explosive contemporary questions of immigration and belonging, social media and identity, and the power of idealism. 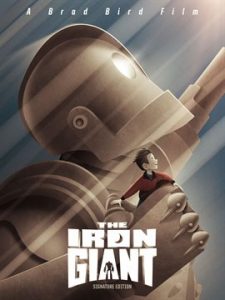 The Iron Giant (1999 animated fantasy)
Directed by Brad Bird. Starring Jennifer Aniston, Harry Connick Jr., Vin Diesel, James Gammon, Cloris Leachman, Christopher McDonald.
Imagine you confront your enemy–a giant, scary robot from outer space–and he becomes your best pal. A young boy befriends a monster in the heartwarming animated feature The Iron Giant. October, 1957. Nine-year-old Hogarth Hughes (Eli Marienthal) lives in Rockwell, Maine, a seemingly idyllic town. Hearing stories of a UFO that crashed into the sea, Hogarth, always on the lookout for mutant aliens, finds a huge, metal-eating robot (Vin Diesel) with an insatiable curiosity and equally insatiable appetite. But the extraterrestrial's presence unleashes a wave of Cold War paranoia that threatens to engulf Rockwell unless Hogarth and his 50-foot friend can stop it. Acclaimed animation director and writer Brad Bird brings his creative talents to the big screen in this unique tale of two heroes. In times like these, you really find out what your friends are made of … sometimes it's metal, if your best buddy's The Iron Giant. 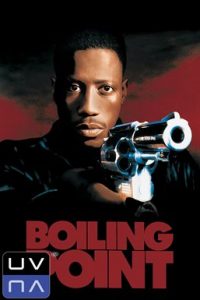 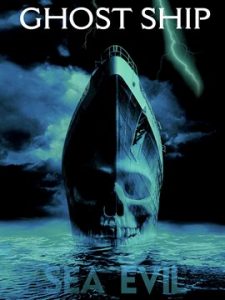 Ghost Ship (2002 horror)
Directed by Steve Beck. Starring Julianna Margulies, Ron Eldard, Desmond Harrington, Isaiah Washington, Gabriel Byrne, Alex Dimitriades.
In a remote region of the Bering Sea, a boat salvage crew discovers the eerie remains of a grand passenger liner thought lost for more than 40 years. Once onboard, the crew must confront the ship's horrific past and face the ultimate fight for their lives. 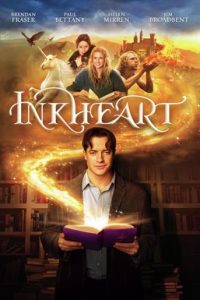 Inkheart (2009 family fantasy)
Directed by Iain Softley. Starring Brendan Fraser, Paul Bettany, Helen Mirren, Jim Broadbent, Andy Serkis, Eliza Bennett.
What if every time you read aloud, the story came to life? Based on Cornelia Funke's bestselling children's novel, this timeless tale of imagination and adventure centers on a young girl whose father (The Mummy‘s Brendan Fraser) has a secret ability to bring characters from books to life when he reads them aloud. But when a ruthless villain (The Lord of the Rings‘ Andy Serkis) from a rare children's fable kidnaps Meggie's father to bring others out of the boundaries of fiction, she and a disparate group of friends both real and magic embark on the kind of adventure she has only read about in books to save him and set things right. Also starring The Da Vinci Code‘s Paul Bettany and Oscar winners Helen Mirren and Jim Broadbent, INKHEART makes all the mystery, all the danger, and all the adventure jump off the page! 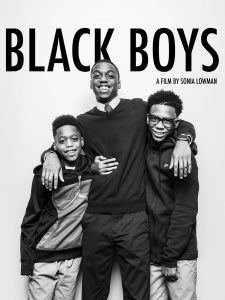 Black Boys (2020 documentary)
Directed by Sonia Lowman. Starring Carmelo Anthony, Cris Carter, Harry Edwards, Jamele Hill, Malcolm Jenkins, Vic Mensa.
An intimate, inter-generational exploration, Black Boys strives for insight to black identity and opportunity at the nexus of sports, education, and criminal justice. Speaking with an array of figures – ranging from educators, athletes, journalists, activists, parents, and youth – the documentary explores the body, mind, voice, and heart of Black boys and the double edged sword of having to build up their own self worth while knowing the world is not built for them. As various Black men and boys open themselves up to the camera, the emotional landscape of racism and its affects on them are revealed. 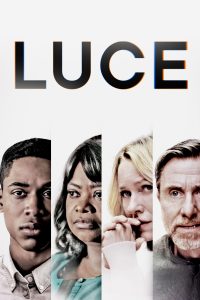 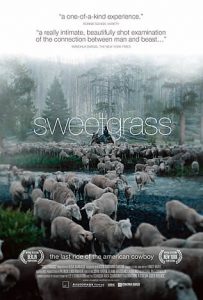 Sweetgrass (2009 documentary)
Directed by Ilisa Barbash, Lucien Castaing-Taylor.
Lawrence Allestad and family were among the last of the traditional sheepherders of the American West. Under a public grazing permit that had been handed down in his Norwegian-American family for generations, Allestad was the final rancher to drive his herds into Montana's rugged Absaroka-Beartooth range north of Yellowstone to fatten on sweet summer grass. The family members and their hired hands conducted the drives much as their pioneer forebears had—on horseback, with dogs for herding and guarding, and armed with rifles to frighten away bears and wolves. Over the years, better gear—walkie-talkies, four-wheelers and cell phones—took some of the edges off a hard life, but still the work remained exhausting and dangerous for both men and animals. 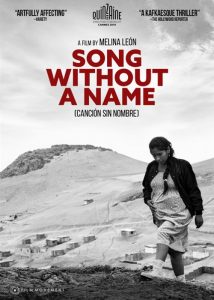 Song Without a Name / Canción sin nombre (2019 Peruvian drama)
Directed by Melina León. Starring Lucio Rojas, Pamela Mendoza, Tommy Párraga.
Based on harrowing true events, Song Without a Name tells the story of Georgina, an indigenous Andean woman whose newborn baby is whisked away moments after its birth in a downtown Lima clinic – and never returned. Stonewalled by a byzantine and indifferent legal system, Georgina approaches journalist Pedro Campas, who uncovers a web of fake clinics and abductions – suggesting a rotting corruption deep within Peruvian society. Set in 1988, in a Peru wracked by political violence and turmoil, Melina Leon's heart-wrenching first feature renders Georgina's story in gorgeous, shadowy black-and-white cinematography, “styled like the most beautiful of bad dreams” (Variety). Song Without a Name is a “Kafkaesque thriller” (The Hollywood Reporter) that unflinchingly depicts real-life, stranger-than fiction tragedies with poetic beauty. 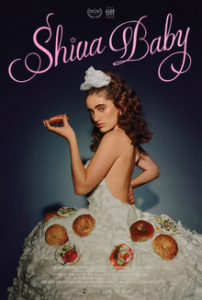 Shiva Baby (2020 comedy)
Directed by Emma Seligman. Starring Danny Deferrari, Dianna Agron, Fred Melamed, Molly Gordon, Polly Draper, Rachel Sennott.
A near college graduate, Danielle, rushes to meet her neurotic parents at a shiva. Danielle's day takes an unexpected turn when she discovers her ex-girlfriend, her sugar daddy, his wife, and their crying baby are also in attendance. As the day unfolds, Danielle struggles to keep up different versions of herself, fend off pressures from her family and confront her insecurities without losing it.