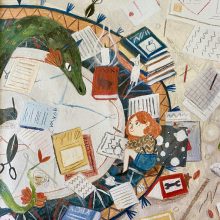 Today’s Peculiar Picks features girls who befriend monsters, frequently proving to others that there is more to someone than their appearance while dismantling prejudiced ideas and stereotypes.

Lula and the Sea Monster by Alex Latimer
OverDrive & Libby / hoopla / Library Catalog
Lula and the Sea Monster is such a delightful book about friendship, along with some environmentalism. A young girl finds a small sea creature (a baby giant squid, a baby octopus, dare I say a tiny kraken?) in a pool near her home by the beach – her home which will soon be demolished to make way for a highway. She saves the creature, which she names Bean, from a seagull and begins feeding it, only for it to grow, and grow, and grow. The creature, huge, finally disappears into the sea. Then, trucks arrive to start demolition, and Lula bravely faces them, unable to stop the crew, until there is Bean to save the day and protect Lula’s home, the way she protected him! From that point forward, Lula, Bean and her family live happily along the shore. 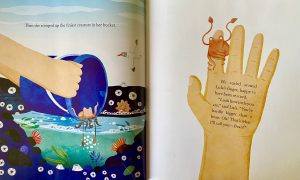 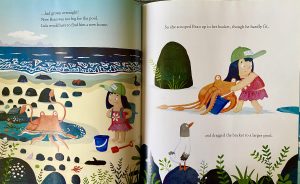 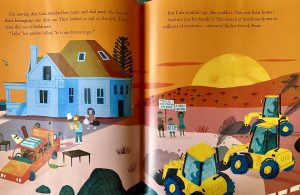 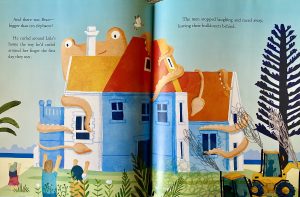 Franklin’s Flying Bookshop by Jen Campbell, illustrated by Katie Harnett
Library Catalog
Franklin the dragon loves books, stories and reading. He wants to read to people in town, but no one is ever around (from the illustrations you see they are hiding in fear). He tries introducing himself to a man fishing, but the man runs away. Then, Franklin meets a young girl, reading a book, named Luna, who is more excited by Franklin and their shared interests to ever be concerned about him being a dragon. When they open a wondrous bookshop for everyone to explore and enjoy, it is their friendship, and Luna’s standing up for her friend, that teaches the townsfolk to see past Franklin’s draconic exterior. For additional adventures with Franklin and Luna, check out Franklin and Luna Go to the Moon and Franklin and Luna and the Book of Fairy Tales. 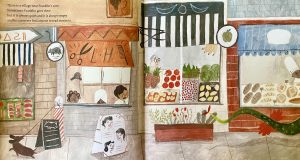 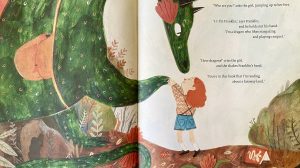 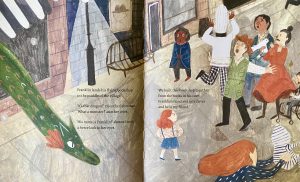 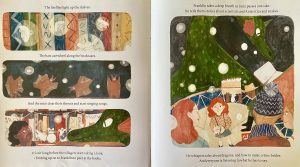 Lovabye Dragon by Barbara Joosse, illustrated by Randy Cecil
Library Catalog
Lovabye Dragon is such a charming tale of companionship as a lonely dragon seeks out a sad and lonely princess and they form a bond of unending friendship. A scene where the castle soldiers go tromping off to “rescue” the princess, yet she hides away from them with the dragon, demonstrates her understanding that the dragon is her friend, not a monster to be feared or slain – on the inside, they are the same. The muted colors and fanciful illustrations, the lovely, yet almost metronomic text and the sweet story all combine into a wonderful lullaby of a book, perfect for bedtime. Be sure to check out the further adventures of the girl and the dragon in Evermore Dragon and Sail Away Dragon. 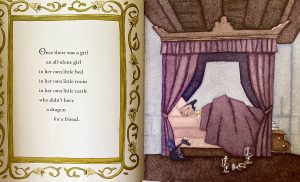 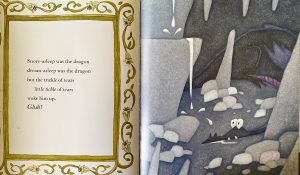 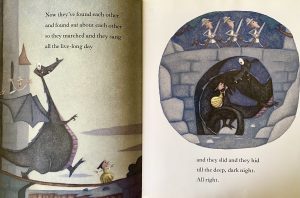 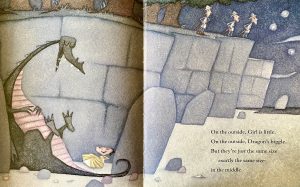 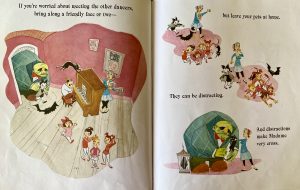 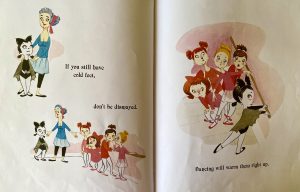 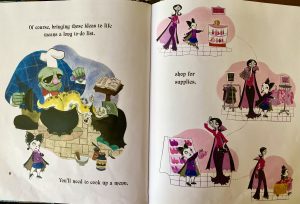 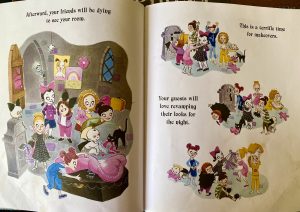