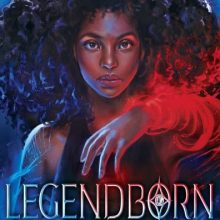 Dive into Diversity: YA Fantasy

In 2021, my Dive into Diversity posts about young adult books will focus on a different genre each month. I’ll highlight books with characters that represent a range of experiences and identities. I’ll also feature authors who share an aspect of their characters’ identity as much as possible. This month we have the last genre theme for the year: my favorite, YA fantasy.

This month I read Raybearer by Jordan Ifueko, which had been on my list for quite a while–so long, in fact, that its sequel was recently published. I had high hopes, and Raybearer exceeded them. The story is set in an fantasy world that draws inspiration from the author's Nigerian heritage. Tarisai, the main character, is raised in isolation, rarely even seeing her mother. When Tarisai becomes old enough, her mother magically commands her to kill the Crown Prince, before sending her to the palace, where Tarisai must earn the Prince's trust. As the story unfolds, we learn more and more fascinating details about this fantasy world, and the supposedly peaceful empire that the Crown Prince will inherit. Original fantasy stories are my favorite, so it's no surprise that I found this book totally enthralling.

You can find Raybearer, and its sequel, Redemptor, here: OverDrive / hoopla / Library Catalog

Legendborn by Tracy Deonn
Grades 8 and up
OverDrive / Library Catalog

“In Deonn's rich and explosive debut, readers are introduced to a meticulously-built world of magic with roots in Arthurian legend and traditions of the African American South. After her mother's death, Bree enters an Early College program, despite still processing her grief. It's not long before she's pulled into a secret society, and is pushed by circumstance into dangerous tournaments to go from Page to Squire all while watching her back for the demons who would kill her.” –School Library Journal

“With the descriptive style of Linda Sue Park's A Single Shard and dialogue reminiscent of M.K. England's Spellhacker, this novel throws readers immediately into a fantasy world where an evil king reigns and there is only one hope for the land: the magic of the Bookweaver. Nina and Reya are best friends working the orchard with the other peasants. At the end of her shift, Reya finally admits something to Nina—that she's not a peasant at all, but daughter of the fabled Bookweaver, whose magic can bring stories to life. As Nina tries to understand her secret, Reya smells smoke. Reya knows instantly that her father is in danger and races to the house, only to find it burned to the ground. Nina thinks they should tell someone, but Reya knows that there will be no justice because the king is responsible. Now, Reya is no longer the Bookweaver's daughter—but the Bookweaver herself. She embarks on a frantic journey to find answers to hard questions: What will she do for friends and family? Could she give up her freedom to keep them safe? Will she tell them the dangerous truth?” –School Library Journal

“Evalene has magical powers. Sometimes she can make things move with her mind. Her family calls it the Jublilation. Evalene is descended from powerful Black women who used these powers to survive. One spring in the Jim Crow South, right before Juneteenth, Evalene saves a white family from a falling oak tree after inadvertently causing an earthquake with her powers. Evalene is praised as a hero, when just moments before, she was being threatened by these same people for riding her bike into the ‘wrong neighborhood.' That summer, as Evalene juggles work, family, and her growing relationship with her longtime crush Clay, her growing powers manifest in a big, scary, and life-changing way.” –School Library Journal

“There is nothing quite like Blazewrath because no other sport is played on the backs of dragons. Seventeen-year-old Floridian Lana Torres has one dream in life: to become the Runner for Team Puerto Rico in the Blazewrath Games. Runners are the only players without dragons, but they are no less important for that. Unfortunately, Lana's dreams may be dashed by the Sire, a former dragon cursed by his rider into human form in order to contain his murderous rampage. Now, after 20 years, he is back, seeking revenge and freeing Un-Bonded dragons all over the world. Lana's quick thinking and cool head during an attack on Waxbyrne, a wand shop, starts her down a path to Blazewrath glory—but also leaves her inexplicably tied to the Sire, whose plans she thwarted. She now faces unanticipated violence and conspiracy involving the International Blazewrath Federation, the International Bureau of Magical Matters, the Sire, and even her favorite Blazewrath legend, Takeshi Endo.” –Kirkus Reviews

“Following their treacherous journey in 2019’s We Hunt the Flame, Zafira and Nasir must finally return the hearts of the ancient Sisters to the kingdom’s minarets in order to restore magic to Arawiya—but their time is cut short by the return of the Lion of the Night, striking fear across the land. In this phenomenal conclusion to the Sands of Arawiya duology, the once-tentative allies of the zumra—led by Zafira and Nasir after being thrown together in pursuit of a common goal—have their new bond put to the test by shocking betrayals and difficult sacrifices.” –Booklist Reviews

“Soraya has always known the story: a girl saved a young woman who was being held captive by a div, a monster. The angry div laid a curse upon the girl so that her firstborn daughter would be poisonous to the touch. That is why Soraya wears gloves and remains sequestered among her rose gardens, hidden from the public, while her twin brother, Sorush, prepares to become shah. As Sorush's wedding approaches, a hero arrives in the palace, one who is said to have performed heroic deeds. Instead of fleeing from Soraya, he seems desperate to save her, and though she has convinced herself that she is content in her isolation, Soraya feels, for the first time, the stirrings of a more dangerous impulse. But in the dungeons of the palace is another div, one who understands more about Soraya's curse than Soraya does herself, and who may carry the key to breaking it–if only Soraya, unmoored by the attraction she feels to both man and demon, can bring herself to trust her.” –Booklist Reviews

“Wren Southerland's healing abilities make her one of the best surgeons in the country of Danu, but being able to feel another's pain gives her a compassionate nature at odds with her place in the military. With soldiers going missing along the border and Wren's compassion bungling a mission (again), she ends up suspended. A letter from Colwick Hall contains a chance to prove herself and earn back her post. Arriving at the snowy, crumbling castle, Wren finds her patient is not a servant, but her country's worst enemy, Hal Cavendish. A romantic high fantasy at turns lush and ominous, the detailed setting is at turns comforting and eerie as Wren struggles for acceptance and love, while the personal and political plots happening within the walls of Colwick will keep readers on pins and needles.” –School Library Journal

In Deeper Waters by F. T. Lukens
Grades 9 and up
Library Catalog

“Teenage royalty and romance at sea. Sixteen-year-old Prince Taliesin of Harth is fourth in line for the crown, and he also has a closely guarded secret: Like his denounced great-grandfather, he has the rare magical ability to conjure fire. While he and his siblings are on his traditional coming-of-age tour, they come across a burning ship, a mysterious trunk of golden coins, and Athlen, a handsome young man in fetters. Tal is drawn to the enigmatic lad's company and is swept up in a machination involving his great-grandfather's legacy, royal marriages and alliances, an assassination plot, and the reality of merfolk.” –Kirkus Reviews

In the Ravenous Dark by A. M. Strickland
Grades 10 and up
Library Catalog
“A tale of magic, revenge, and death. Rovan lost her father, a user of blood magic, when she was 7, on the day that the king's bloodmages stormed her house. Twelve years later, she accidentally reveals her inherited magical power by saving her friend's life in the middle of the town center. Taken into custody for being unregistered, Rovan unwillingly suffers a ceremony that is deemed mandatory for all bloodmages–attachment to a shade, who acts more like a personal jailer than guardian. Rovan is valuable as a potential source of magic, so she's forced to associate with the royal family, soon to an intolerable degree. Between enduring one injury after another, she seeks to finish her father's work by breaking her bonds and exposing the king's unsavory secrets.” –Kirkus Reviews

The Wild Ones by Nafiza Azad
Grades 10 and up
OverDrive / Library Catalog
“Paheli was the first of The Wild Ones—women who have been rescued by ‘the boy of stars'–but she is far from the last. With the gift to travel between worlds, Paheli rescues other women, forming The Wild Ones as they in turn rescue others who have been abused and abandoned. Unique in its structure, Azad's novel alternates between the stories of the women of color who are recruited to join The Wild Ones and their quest to rescue ‘the boy of stars' who first saved Paheli and gave them the gift of magic.” –School Library Journal

The Heartbreak Bakery by A.R. Capetta
Grades 9 and up
Library Catalog

“After a rough breakup, 17-year-old Syd, who works at the Proud Muffin in Austin, Texas, bakes all the negative feelings into a batch of brownies. Unfortunately, Syd has also just unlocked a magical power, and the customers who buy the brownies start to go through breakups of their own—including the gay couple who own the bakery, putting its very survival at risk. Aided by genderfluid delivery person Harley, Syd is determined to repair these broken relationships. This may seem simple at first, but Syd soon discovers that no relationship is entirely cookie cutter.” –Kirkus Reviews