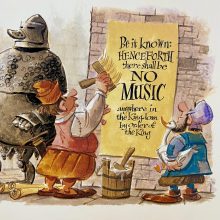 While the monarchs in these three books each may have outlawed certain activities, by royal decree I do hereby declare “You should read these books!”

The Hair Scare by Jeffrey Fisher
Library Catalog
Much like Al the gnome in Go Big or Go Gnome (featured in Peculiar Picks for NoShave November last year), Radbert is blessed with the ability to transform ordinary hair into wildly outlandish and amazing hair. He quickly becomes the most requested hair stylist in the kingdom, however, when the King is dissatisfied with his coiffure, haircuts are banned throughout the kingdom – to hilarious effect and a fitting end for the tyrannical King. 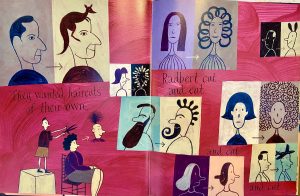 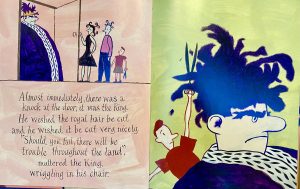 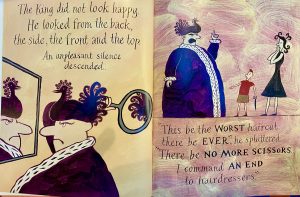 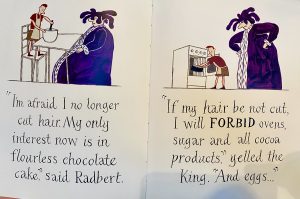 The Really Awful Musicians by John Manders
Hoopla / Library Catalog
After enduring some incredibly horrible music, it is decreed: “Henceforth there shall be no music anywhere in the Kingdom by order of the King” with the penalty being that those playing music would be fed to the royal crocodiles. A group of less than talented musicians go on the run, finally learning how to play with help from their horse, and in the process changing the King’s mind. Filled with humorous illustrations, as well as some moments to learn some music vocabulary – the musician’s names all reflect tempo terminology, for example – The Really Awful Musicians is a delight to read. 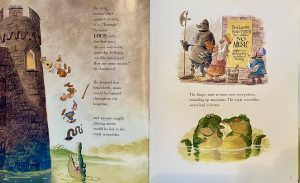 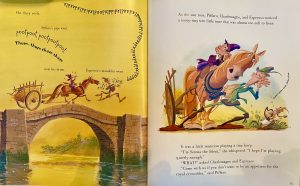 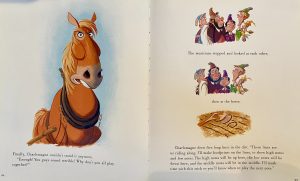 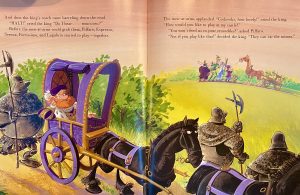 Like the King of The Hair Scare, the King of this book gets his comeuppance for his tyrannical decree. In this case, everyone must shave every day, because only the King is allowed to have facial hair, as he is besotted with his own golden beard. Playful and silly illustrations along with a bit of nonsense on the discovery of the roundness of the planet make this a fun book. 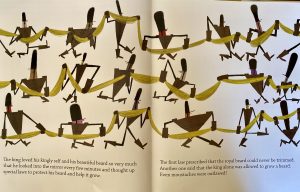 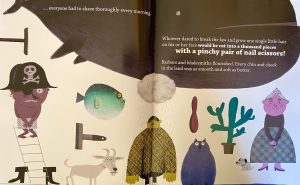 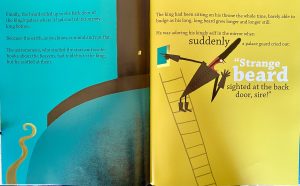 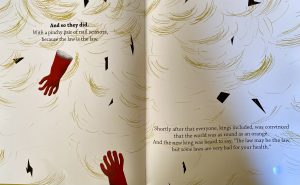