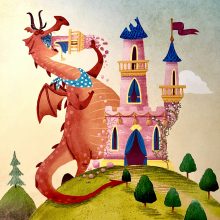 This month, we look at dragons and their eating habits. What do you think dragons like to eat?

The Yin Yang Sisters and the Dragon Frightful by Nancy Tupper Ling, illustrated by Andrea Offermann
Library Catalog
Twin sisters, of opposite temperaments, and a town beleaguered by a sleeping dragon. A wonderfully illustrated story with themes of family, sisterly bonds, persistence and ingenuity, with a surprising culinary resolution. 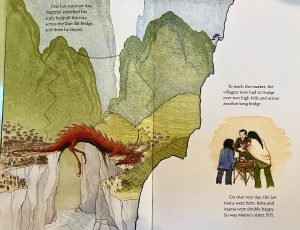 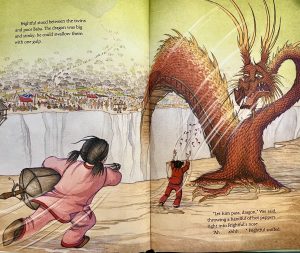 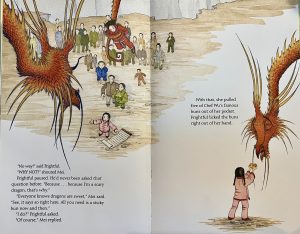 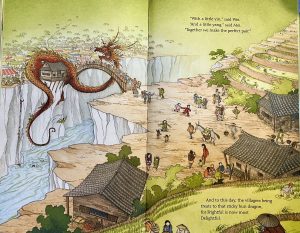 Oscar and the Very Hungry Dragon by Ute Krause
Library Catalog
When there are no more princesses for the town to feed to the dragon, poor Oscar is sent. However, Oscar uses his brains and blossoming cooking skills to change his fate and the town’s draconic problem. 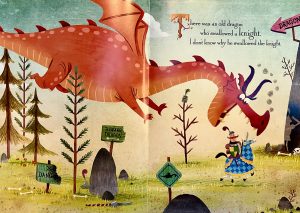 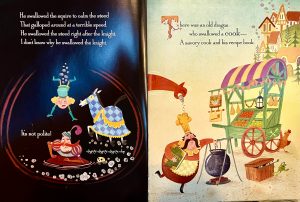 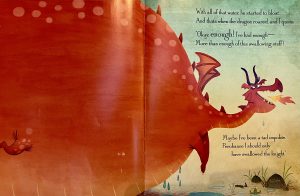 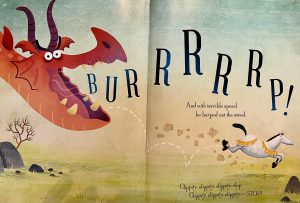 Dragons Eat Noodles on Tuesdays by Jon Stahl, illustrated by Tadgh Bentley
Library Catalog
Two little monstery creatures begin telling a story featuring a dragon that is rebuked from eating a knight by a brave girl that proves to the dragon it’s Tuesday, and dragons only eat noodles on Tuesday. When the dragon appears out of the story before the two little monstery creatures, however, it is not Tuesday… It’s Wednesday. 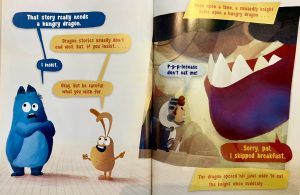 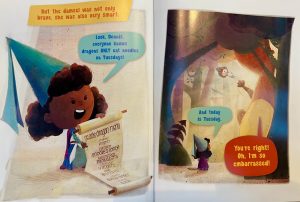 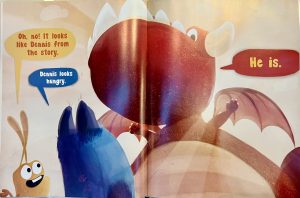 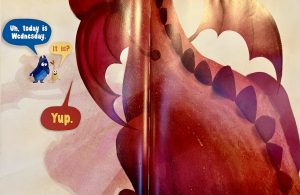 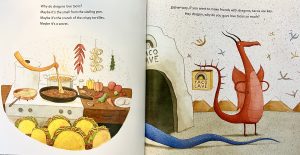 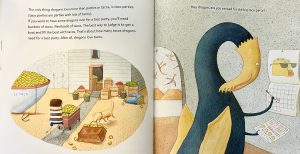 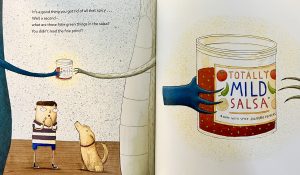 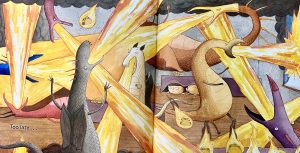 Dragon Stew by Steve Smallman, illustrated by Lee Wildish
Library Catalog
While the rest of these titles feature dragons eating, Dragon Stew is about eating dragons. Some bored vikings decide to go on a quest to Dragon Island to find a dragon to slay and make some dragon stew – things don’t go their way. Hilarious illustrations and silly rhymes make this a great read-aloud. 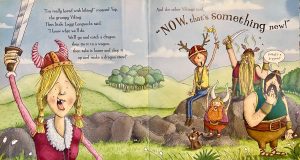 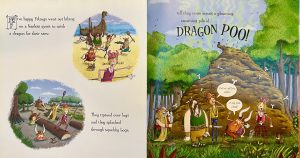 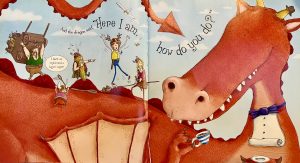 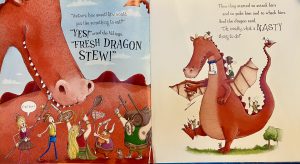