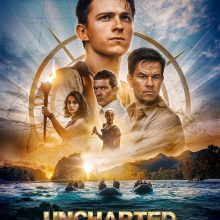 What You Need To Know About: The Uncharted Movie

I think the first mention of the Uncharted movie was before the Edge was built, even before I started working at the Library. So yeah, this movie has been a long time coming. To put in the gaming timeline, this movie was first talked about when the Playstation 3 was still out, now we are on the PS5. In that time Uncharted has become insanely popular. There are four games in the series as well as four spin-off games, plus collections of the games. The movie has seen a change of cast and directors while the video game has reached a new generation of gamers.

What are fans of the video game complaining about? The cast is too young. Mark Wahlburg as Sully, and Tom Holland as Nathan Drake are way too young for the parts. Plus the other cast members have nothing to do with the video games at all it seems. This is a recipe for box office disaster for any movie with source material to draw from.

Why might this actually work? The film is a prequel to the video games. Which means that it’s alright to have new characters and younger versions of the main characters. This is also important because people who have never played the video game will be able to follow along and enjoy the movie.

Why should you watch the movie? This looks like Indiana Jones for a new generation with better special effects, stunts, and filming locations. If that isn’t enough for you then it has Tom Holland as Spider-man without the suit. I think this movie, which on paper looks like a flop, will be worth seeing for action-adventure fans. It can’t be as bad as National Treasure was.

Where to see this? The theaters of course. But if you’re not comfortable going to a movie theater then this will be released on Netflix. It isn’t going to have a simultaneous release like the good old days of 2021, but it will be available after it’s theatrical release.