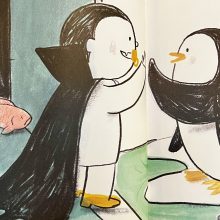 Vampenguin by Lucy Ruth Cummins
Library Catalog
I’d heard the term “penguin suit” for a tuxedo or black dinner jacket before, but had never once thought of a vampire, such as Dracula, as wearing a penguin suit, but once you do, as Lucy Ruth Cummins must have, the potential for hilarity is ripe. A vampire family takes a trip to the zoo during which the baby vampire and a small penguin switch places, much to the delight of the reader. One of my favorite picture book discoveries of last year. The only reason it didn’t make it into my year end post was because I had some more penguin picks to write about! 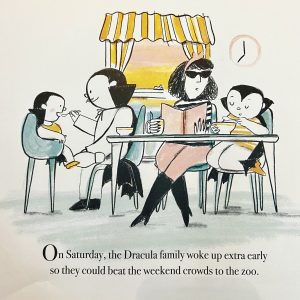 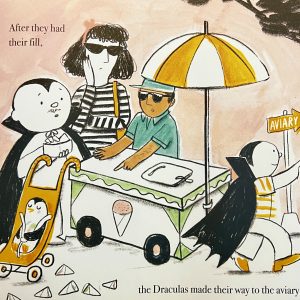 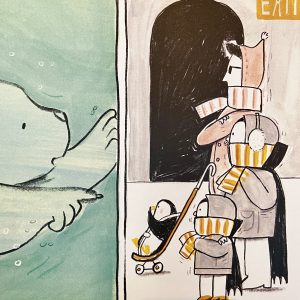 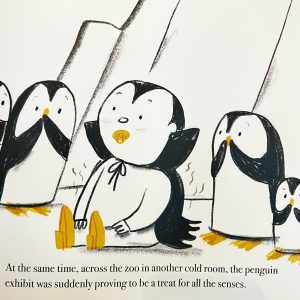 Penguin in Peril by Helen Hancocks
Library Catalog
Three cats are hungry and set off for the grocery store, but instead end up going to the movies and spend all of their money watching a film about penguins. Rather than getting a job or anything, they hatch a dastardly plan of crime: to steal a penguin to make use of its excellent fishing skills and have an endless supply of fish! Of course, things don’t quite work out the way these cat burglars would hope. 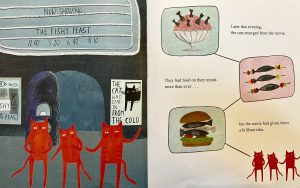 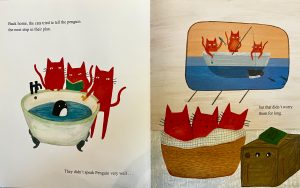 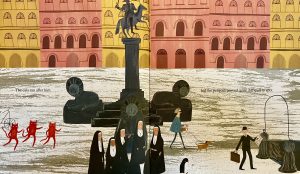 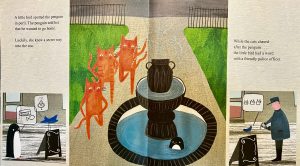 Harriet Gets Carried Away by Jessie Sima
Libby / Library Catalog
Harriet loves costumes. On a trip running errands with her father, she wears her penguin costume and unexpectedly gets carried away by a group of penguins who were pilfering bags of ice who take her away to the Antarctic in hot air balloons. She proceeds to have a wild adventure to get home to her family in the city, just in time for a costume party. Written and illustrated by Jessie Sima, who was featured previously in a Peculiar Picks about Robots for the title Love, Z. 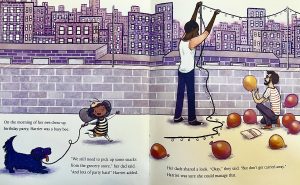 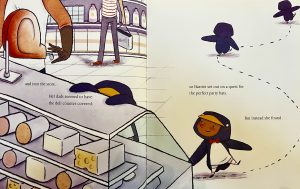 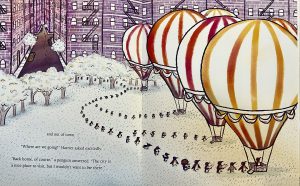 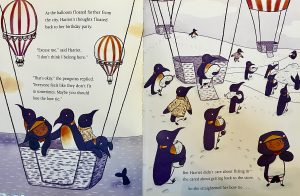 365 Penguins by Jean-Luc Fromental, illustrated by Joëlle Jolivet
Library Catalog
A surprise gift of a penguin to a family, leads to another, and another, and another… by March they had 60 and this continues on and on through the year. The family is overwhelmed by penguins – zaniness, shenanigans, and riotous mishaps occur. But who sent the penguins and why? An over the top tale with a surprising twist at the end. 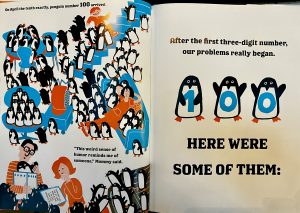 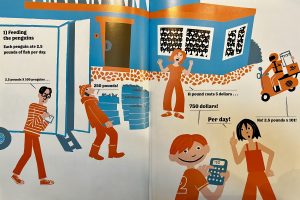 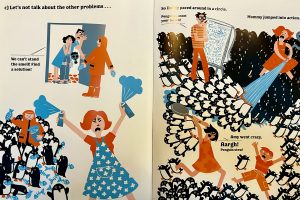 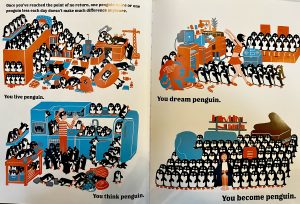