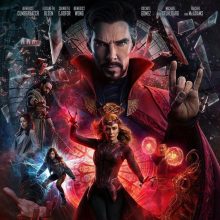 What You Need To Know About: Doctor Strange

It’s kitchen sink time! From what we have seen in the trailers, Marvel is throwing everything they have into the second Dr. Strange movie: Doctor Strange in The Multiverse of Madness (out May 6th). Following up from destroying the fabric of reality in Spider-man: No Way Home, Dr. Strange has to fix the multiverse. Marvel has decided to add so many characters to this film that I don’t know where to start.

Yes I do, America Chavez or Miss America, which means the MCU is finally showing signs of diversity, maybe. We also saw Defender Dr. Strange, Zombie Defender Dr. Strange, and evil Dr. Strange from the first season of What If?. Dr. Christine Palmer returns in a wedding dress and not in hospital scrubs, but a uniform of some type which probably means this is a Christine from another universe. Shuma Gorath for legal reasons will be called Gargantos. This is the giant eyeball and tentacle creature Miss America is seen fighting. We also see a reference to the Illuminati, which has been confirmed on IMDB.com, because Patrick Stewart is listed in the cast. The original Illuminati consisted of Professor X, Iron Man, Dr. Strange, Namor, Mr. Fantastic, and Black Bolt. I think it’s pretty safe to say that Dr. Strange will not be in the group and since Robert Downey Jr. decided to no longer take part in the MCU, he will not be returning either. There is a short clip in the trailer where we see a body covered in flames with glowing blue hands fighting the Scarlet Witch. This could be Monica Rambeau from Wandavision, but we will have to wait and see for sure.

I’m almost done. Another character we know will have a large role is Wanda Maximoff, the Scarlet Witch. The trailer shows a snowy mountain with a structure on top. It is possible that this is Mount Wundagore, where Chthon is buried (it’s alright if you don’t know who Chthon is, but in the comics he is tied to the Scarlet Witch, Dracula and Werewolves. The latter two are rumored to be connected to the possibility of a Midnight Sons film featuring Blade, Moon Knight, Black Knight and potentially Morbius and Ghost Rider.). Chthon is responsible for an evil book of spells called The Darkhold. The Darkhold is the book that Wanda got in Wandavision and was reading using her astral body. In the comics, reading the Darkhold means that one is possessed by Chthon, which would mean that the Scarlet Witch is now possessed by Chthon. There is a storyline in the comics where Chthon created the Scarlet Witch in his plans to use her as a vessel to return to earth.

There is a clip from the trailer where we see Dr. Strange and Miss America falling into a land with dinosaurs which could be a reference to Savage Land. The last Easter egg comes from the movie poster, with all the broken shards of glass, which looks like the opening credits for What If?. In one of the shards we can see Captain Carter's shield. That’s it! Like I said, in this movie Marvel throws in everything and the kitchen sink. This means that there is a ton of background material to read before seeing the movie.

If you want to read about Shuma Gorath or Captain Carter, you will have to find individual issues that feature them. Captain Carter is set for her own comic series this September.

Here is a list of books you can check out from the Library:
The Life And Times Of America Chavez, by Gabby Rivera
America: Fast And Fuertona, by Gabby Rivera
Marvel-verse: America Chavez, by Robbie Thompson
New Avengers: Illuminati, by Brian Michael Bendis
Avengers/Dr. Strange: Rise of the Darkhold, by Gerry Conway
Marvel Zombies, by Robert Kirkman
What If? Classic: The Complete Collection Vol. 4, by John Byrne

May 5, 2022 9:21 am | by Erik, Teen Librarian
Categories: Authors & Books, Featured, Homepage Teens, Library News, and Teens.
Tags: Doctor Strange, Doctor Strange Into the Multiverse, Marvel, Marvel Studios, and What You Need to Know About.