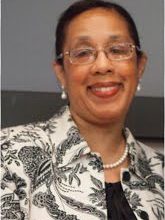 Dr. Karen P. Smith is multi-faceted. Before her career as a professor, she served as principal of two schools in Yonkers and the Director of Integration for the district. She was handpicked by a superintendent for the Director of Integration job, an honor that came during Yonkers' conflicts with the federal government over racial inequalities in the city. As principal to children whose schools were transformed over the course of the summer of 1986 and ambassador to their (sometimes angry) parents, Smith faced numerous challenges. Interestingly, she recalls few conflicts between students and says she spent most of her time
Read More