What You Need To Know About Moon Knight 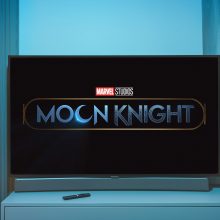 On Disney+ March 30th Marvel gives Matt Murdock a cameo appearance in Spider-man: No Way Home, but no new Daredevil series. Instead they are introducing Moon Knight. Moon Knight is a relatively unknown character in Marvel so it’s surprising that he is getting his own series this year, especially since everyone wants Daredevil. Moon Knight was created by Doug Moench and Don Perlin. He first appeared in Werewolf, and later had his own series run. Who is Moon Knight? Marc Spector, who has dissociative identity disorder, commonly referred to as multiple personality disorder. He received his powers from the Egyptian
Read More