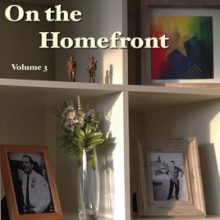 The adjustment for American veterans returning from war (depicted brilliantly by The Best Years of Our Lives after World War II and Coming Home and Born on the Fourth of July after the Vietnam War) extends to their families. Irvington-based telecommunications consultant Julia Rust watched how memories from World War II affected her late father David Rust in “the way he moved, the way he drove, and who he was,” and that led her and Veterans Writing Workshop (VWW) director David Surface to initiate writing workshops for family members in 2014. “I participated in the first one–the reading was held
Read More

On the Homefront — Families of Veterans Writing Workshop 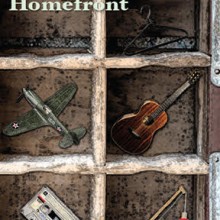 White Plains Public Library and Veterans Writing Workshop are pleased to offer a free creative writing workshop for family members or caretakers of a veteran or active duty service members. The free workshop is open to all writing experience levels. The workshop will take place ten Wednesdays beginning September 16 from 6:30 p.m. to 8:00 p.m. Learn the skills that will help you write your stories. Get valuable feedback and guidance from a published writer. Become part of a supportive community of writers. Publish your writing in the Families of Veterans anthology. Class size is limited and registration is required.
Read More