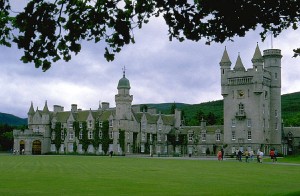 Downton Abbey has taken the U.S. by storm! Who would have thought that a period drama shown on PBS would get such word of mouth? Downton Abbey is set in a fictional English manor house just before The Great War (later known as World War I). If you liked the British drama Upstairs Downstairs then Downton Abbey is right up your alley.

If the show has piqued your interest in Edwardian England, our Smitten by Britain: Reading and Viewing Around Downton Abbey book list will keep you busy. The online version links titles directly to our catalog so you can see if an item is checked in or place a hold (go on a waiting list) for items not currently available. (If you don't know how to place a hold please call or stop by the Reference Desk, we'd be happy to teach you how.) Print copies of the list are also available in the Library for when you're wandering the stacks.

I haven't had a chance to see the show yet, even though numerous friends have told me I'll love it. Since I watched the entire series of Upstairs Downstairs twice they're probably right. As soon as I saw that the venerable Dame Maggie Smith is one of the show's stars, it's surprising that I didn't rush out and get a hold of the series immediately. In my mind, you can never go wrong with Maggie Smith.