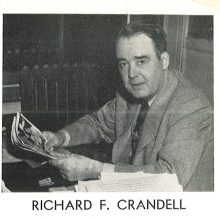 We regularly receive donations to the White Plains Collection, but there are just a handful of people who made large donations of materials or funds. John Rosch and Renoda Hoffman, both official city historians, donated or created some of the most important items in our collection. Richard Crandell, while never officially the city historian, also had a huge impact on the promotion and dissemination of local history and added some vital pieces to the WPC. 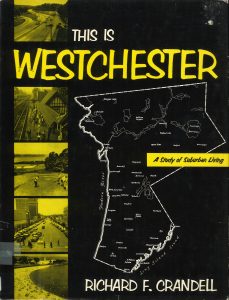 In 1954, Crandell published This Is Westchester: A Study of Suburban Living, a book that illuminates some of Westchester's history. Mostly, however, the book is a depiction of Westchester County at its mid-20th century zenith–a time when the combination of a booming post-war economy and federal housing policy was creating the archetypal suburb. Crandell offered a short autobiography, written in third person: “Mr. Crandell was the former picture editor of the New York Herald Tribune, recently ran for mayor of White Plains, and is at present an assistant professor in the Graduate School of Journalism at Columbia University.” He also thanks the staff of the White Plains Library for research assistance and the staff of White Plains Hospital for keeping him “on this side of the River Styx as the book started.” The library holds many copies of This Is Westchester. Below are some items from the historical materials Crandell donated to the library. 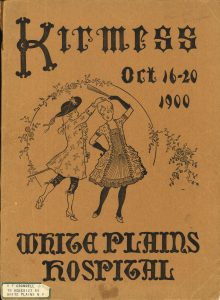 A program from the 1900 Kirmess event, a fundraiser for the White Plains Hospital. The program is filled with photographs and advertisements from local businesses and organizations. 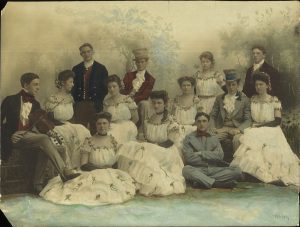 A photograph by John Rosch of people in the 1902 Kirmess event. He is likely responsible for the colorization as well. 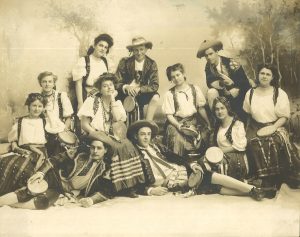 A photograph of 1905 Kirmess participants. 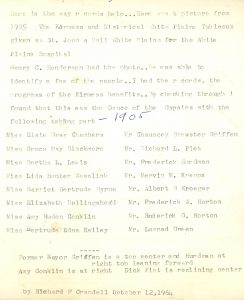 A typewritten document attached to the above right photography by Crandell. Identifies the people in the photograph and explains how Crandell collected the information. 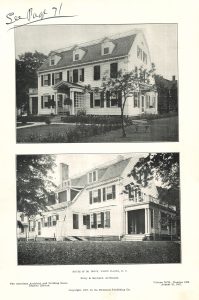 Crandell donated a copy of the magazine The American Architect from 1907. It includes photographs and drawings of a house in White Plains. (1 of 2) 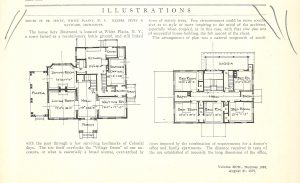 Crandell donated a copy of the magazine The American Architect from 1907. It includes photographs and drawings of a house in White Plains. (2 of 2)