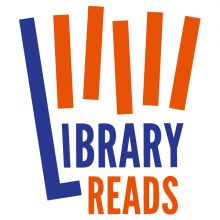 The Proposal by Jasmine Guillory
Published: 10/30/2018 by Berkley Jove
“A disastrous public wedding proposal results in a chance meeting between Nik and Carlos. What follows is a delightfully humorous and sweet story about two people falling for each other while remaining seemingly unaware of their blossoming romance. The book sets itself apart by portraying a self-aware, feminist woman who enjoys positive relationships with female friends. An engaging and upbeat multicultural romance.” –LaNiesha Bowles, Boston Public Library, Boston, MA

The Clockmaker’s Daughter: A Novel by Kate Morton
Published: 10/9/2018 by Atria Books
“Events that occurred in the late 19th century at Birchwood Manor cast their shadows over the next 150 years, with various mysterious voices explaining how those events affected their lives. Attentive readers will be rewarded as clues are revealed. Atmospheric and perfect for gothic fiction fans of Sarah Waters and Beatriz Williams.” –Virginia Holsten, Vinton Public Library, Vinton, IA

The Dream Daughter: A Novel by Diane Chamberlain
Published: 10/2/2018 by St. Martin’s Press
“In 1970, young and recently widowed Carly learns that the baby she is carrying has a fatal birth defect. Enter her quirky but lovable brother-in-law, who proposes a highly improbable solution: travel to the future where a medical procedure exists to save her unborn child. This twisty story with well-developed characters is highly recommended, but with a trigger warning for mothers. A good crossover title for domestic fiction and science fiction readers, and fans of Kristin Hannah, Jodi Picoult, and Chris Bohjalian.” –Erica Naranjo, Sacramento Public Library, Sacramento, CA

The Library Book by Susan Orlean
Published: 10/16/2018 by Simon and Schuster
“An investigation of the fire that devastated the Los Angeles Public Library in 1986 evolves into a page-turning history of the immense impact libraries and books have had throughout time. Profoundly moving and enlightening, and a clear call to readers to appreciate and support their libraries. For readers who enjoy high-quality narrative nonfiction.” –Jesica Sweedler DeHart, Neill Public Library, Pullman, WA

November Road: A Novel by Lou Berney
Published: 10/9/2018 by William Morrow
“Set in the weeks just after JFK’s assassination, a mob hit man on the run meets a woman who has just impulsively left her alcoholic husband. A beautifully written suspense novel that’s hard to put down, with well-developed, sympathetic characters and plenty of intrigue. Fans of John Hart and Dennis Lehane will appreciate this fast-paced thriller.” –Jill Smith, Bayport Public Library, Bayport, MN

One Day in December by Josie Silver
Published: 10/16/2018 by Broadway Books
“An enjoyable page-turner, with a romance that begins with a chance connection at a bus stop and brews in secret over a number of years. More literary romance than chick-lit, this title would be a good choice for readers who enjoy books by Meg Donohue or Erica Bauermeister.” –Marlyn Beebe, Long Beach Public Library, Long Beach, CA

Virgil Wander by Leif Enger
Published: 10/2/2018 by Atlantic Monthly Press
“Virgil Wander survives a car crash with some speech and memory problems, and encounters a kite-flying stranger searching for information about his long-lost son. Enger explores and intricately layers the feelings and stories of an entire town full of people, each trying to survive their own life-changing experiences. A good pick for readers who enjoy quirky characters and for fans of Kent Haruf.” –Elizabeth Isabelle, DeKalb County Public Library System, DeKalb, GA

The Witch Elm by Tana French
Published: 10/9/2018 by Viking
“This standalone novel has all the things readers love about the Dublin Murder Squad books–well developed characters, exquisite plotting, and deep explorations of human nature. Toby leads a charmed life with an idyllic childhood, a good family, a loving girlfriend, and promising prospects. But a vicious attack changes everything. Atmospheric, twisty, and perfect for readers who like Gillian Flynn or Kate Atkinson.” –Laura Bovee, Chicopee Public Library, Chicopee, MA

A Spark of Light by Jodi Picoult
Published: 10/02/2018 by Ballantine Books
“This harrowing and insightful novel unwinds backwards in time over the course of a day during a tense hostage situation at a Mississippi women’s clinic and is told through multiple points of view: the gunman, the hostage negotiator, patients, clinic staff, and a right to life advocate. All sides of the abortion issue are explored with compassion through the characters’ stories, helping readers empathize and connect. Fans of Picoult’s issue-driven novels will not be disappointed.” –Catherine Coyne, Mansfield Public Library, Mansfield, MA