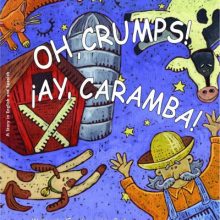 April brings us April’s Fool, meaning jokes and silliness for us all. Try these stories and a song in TumbleBooks and start laughing with us.

Frank Was a Monster Who Wanted to Dance, by Keith Graves

Frank the monster indulges his love of dancing by strutting his stuff on stage. That’s it, until his head unzips, his brains flop out and he continues to lose body parts on stage. 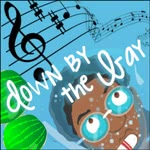 Down by the Bay, Folk Song
This traditional folk song gets the Tumblebooks treatment! Sing along and have some fun “Down by the Bay.”

He Came With the Couch, by David Slonim

Sophie’s family has found the perfect couch, but it comes with something extra. And getting rid of that extra “something” seems impossible. In the end though, who would want to let go of this zany tale of upholsterosis (a chronic case of couch-potato-ness), sure to tickle the funny bones of young readers (and the not-too-young-readers too!)?

Oh, Crumps!, by Lee Bock
The misadventures of a sleepy farmer as he agonizes over a mixed-up list of the coming day’s chores. How will he milk the fence, repair the cow, mow the silo and climb the hay before morning comes? Oh my!